At approximately 10 p.m. (CST) Tuesday night, an explosion rocked Transocean's Deepwater Horizon drilling rig in the U.S. Gulf of Mexico. According to the U.S. Coast Guard, the search continues for 11 workers still missing following what could be one of the nation's deadliest offshore drilling incidents of the past half-century.

Seventeen people were injured in the blast and taken to hospitals earlier Wednesday. Yesterday, four workers were treated at West Jefferson Hospital, while another worker was treated at the University of South Alabama Medical Center's burn unit. Five others were undergoing evaluation at the facility in Mobile, Alabama.

The rig, located more than 50 miles southeast of Venice off Louisiana's coast, was still burning Wednesday morning as the U.S. Coast Guard commenced a search for the missing rig personnel. The Deepwater Horizon has been engulfed in flames since Tuesday night.

The Damien Baxton arrived at Port Fourchon early Thursday morning. The offshore personnel were checked by doctors and then brought to a hotel in New Orleans to reunite with their relatives.

Eleven workers were reported missing Wednesday as the Coast Guard focused efforts on rescuing other personnel from the rig. The Coast Guard's search is ongoing for the missing workers.

The Coast Guard have since dispatched three HH-65 C Dolphin rescue helicopters, an HH-60 rescue helicopter and an HC-144 Ocean Sentry rescue plane to participate in the rescue efforts, along with two cutters. Three other cutters were en route to assist search and rescue workers. 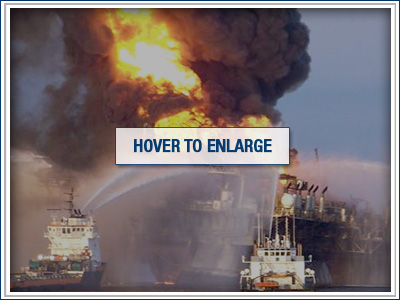 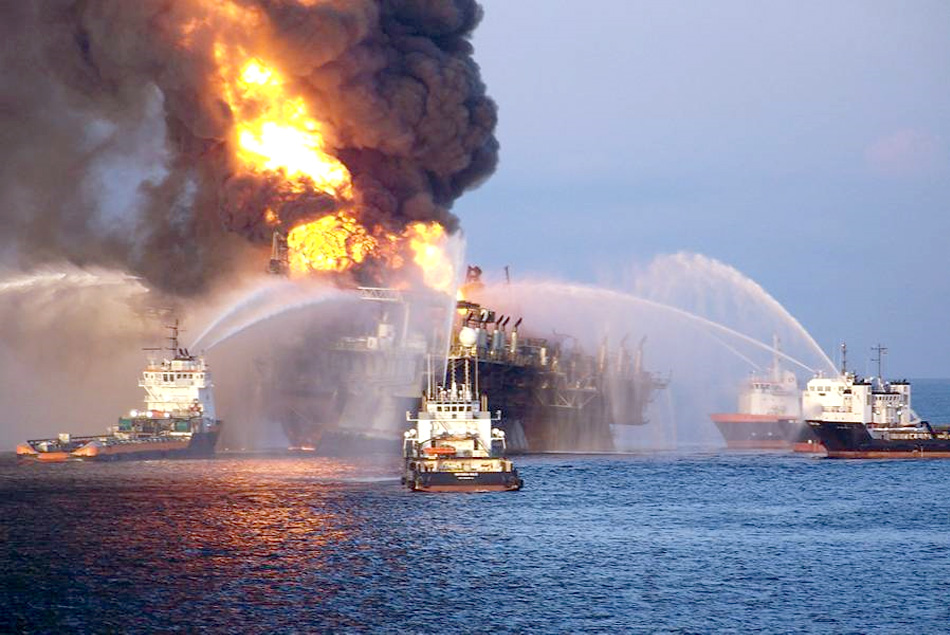 The Coast Guard is currently investigating the cause of the explosion, but did not say when the fire would be extinguished. Enviromental teams are on standby to assess the damage once the flames die out, but say that damage to the enviroment appears to be minimal so far.

A spokesman for operator BP told Dow Jones Newswires Thursday that the oil major has begun work to shut off the oil flow that is feeding the fire. Remotely operated underwater vehicles have been deployed for the task. The spokesman did not say how long the operations would take.

On location in Mississippi Canyon Block 252 in the Gulf of Mexico, the Deepwater Horizon recently concluded exploration drilling on the Macondo prospect. According to the Minerals Management Service, BP filed a permit to temporarily abandon the well, which commenced drilling in February 2010.

According to RigLogix, the Deepwater Horizon, an RBS-8D-designed dynamically-positioned semisub, is rated to work in water depths up to 10,000' and with a rated drilling depth capacity of 30,000'. The rig is under long-term contract to BP through September 2013 and its current dayrate is $502,000. The Deepwater Horizon was built in Ulsan, South Korea by Hyundai Heavy Industries at a cost of approximately $365 million and entered service in 2001.