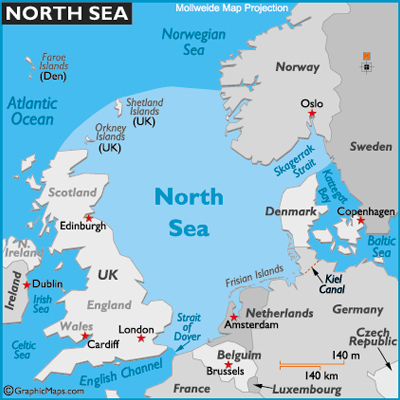 In 1963, Norway claimed its rights to the offshore fields off its shores. The Ocean Traveler semisubmersible was the first to drill an exploration well off Norway in 1966. It was unsuccessful; however in 1969 Diamond Offshore's Ocean Viking found oil at the Ekofisk field for Philips Petroleum.

Ekofisk, the oldest field in operation on the Norwegian Continental Shelf (NCS) today, is on Blocks 2/4 and 2/7 in 246 ft of water. The 40-year old field has been redeveloped several times to increase the field's life expectancy until at least 2028. Initially, four wells produced to tankers, but in 1973, a concrete tank was installed. In the 37 years since, an additional 300 wells in eight fields tied into 16 platforms produce the field's reserves. This transportation hub is known as the Ekofisk Center. Today the complex is made up of two accommodation facilities, one production facility, one water injection wellhead facility, a drilling and production facility, and two processing facilities. Only two of the original Ekofisk Center platforms are operational today.

All of these rigs have earned their Acknowledgment of Compliance (AoC) from the Petroleum Safety Authority Norway. The AoC ensures that the rigs working offshore comply with the Norwegian Continental Shelf health, environment, safety, and emergency standards.

The AoC was first introduced in August 2000 and made mandatory in January 2004 with a transition period through December 2004. In July 2006, the AoC requirement was expanded to include FPDSOs, FPSOs, well intervention vessels, and flotels.

Today, 31 drilling rigs tracked by RigLogix have earned an AoC. The most recent was the Rowan Gorilla VI in November 2009. In July 2009 the jackup entered the Dundee shipyard for upgrades to comply with the AoC requirements. It underwent an AoC audit in September and October before the PSA granted the Rowan Gorilla VI AoC. The rig is working for BG Group through July 2011 at a dayrate in the mid-$380s. The operator exercised its option to extend the contract through July 2011 and during this time can use the rig for work in Norway at a dayrate in the low-$300s or in the UK at a rate in the mid-$210s. The Rowan Gorilla VI is Super Gorilla 219-C jackup rated to work in water depths up to 400 ft. 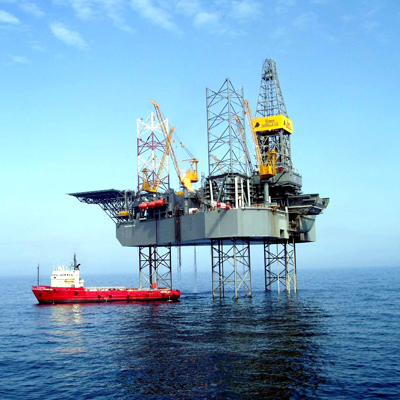 Currently there are 10 rig managers active off Norway. Of these, Maersk, Seadrill, and Transocean each have five rigs drilling.

With three owned rigs (one is managed by Odfjell) in the Norwegian sector of the North Sea, Songa Offshore is the "purest" Norwegian midwater rig contractor, as the company's Norwegian fleet comprises half of its total owned fleet of six rigs.

Norway is generally considered a closed offshore rig market, as harsh operating conditions and the AoC standard for rigs create significant barriers to entry. Low temperatures and strong currents create drilling challenges, and about 2/3rds of the rigs in the region are considered severe environment units. In addition to the generally higher spec nature of the rig fleet in Norwegian waters and higher operating costs, the limited population of rigs able to meet the AoC requirement also contributes to the higher than average dayrate averages being earned by rigs operating in Norway. The chart below demonstrates the significant dayrate premium that Norwegian midwater rigs have earned when compared to the global midwater fleet over the last decade or so.

The Norwegian rig fleet is about 18 years old, on average - which is essentially inline with the global offshore rig fleet age of about 19 years old. If we break it down by rig type, the average semisubmersible dayrate off Norway is in the low $400s for a fleet that is about 20 years old, compared to the worldwide semisubmersible dayrate in the mid $300s for a fleet that also averages about 20 years old. The Borgland Dolphin is commanding the highest dayrate of all Norwegian semisubmersibles in the low to mid $500s.

The Borgland Dolphin is an Aker H-3 Enhanced semisubmersible. The rig is currently drilling for a consortium of eight Norwegian Continental Shelf operators, including BP, OMV, Discover Pet, E.ON, Wintershall, Rocksource, Bridge, and Nexen. The rig will be available in December 2013. 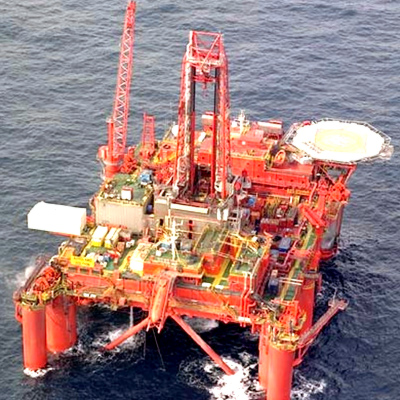 Looking at the global jackup fleet, only seven jackups are AoC compliant, their ownership is concentrated as Maersk manages all but two, and the units are high spec in nature. Add it all up, and it is no wonder the Norwegian jackup fleet generally enjoys longer-term contracts and better dayrates than jackups in other markets around the globe. In fact, compared to the worldwide jackup fleet, which commands a dayrate in the low to mid $100s and averages about 21 years old, the Norwegian jackups earn an average dayrate in the mid to high $200s across a fleet that is about 13 years old. The Norwegian jackup dayrate average is poised to increase soon when the Maersk Innovator's dayrate with ConocoPhillips increases to the low- to mid-$300s from its current rate in the mid-$100s. Of the disclosed jackup dayrates, the Rowan Gorilla VI leads the pack, with a dayrate in the mid- to high-$300s.

The only drillship working off Norway (and the only AoC compliant drillship in the world) is the West Navigator, which is contracted to Shell through December 2012 at a dayrate in the high $500s. 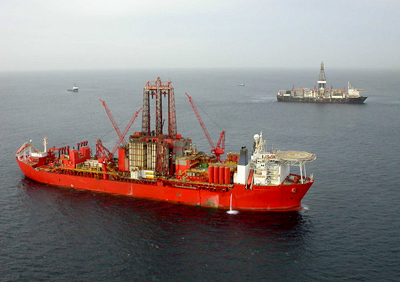 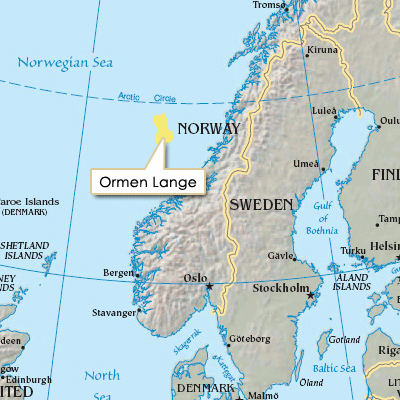 Ormen Lange is Europe's third largest gas field with estimated recoverable reserves of 14 Tcf and is considered the first true Norwegian deepwater project. The field was discovered in 1997 on the Norwegian Continental Shelf. The field is about 25 mi by 6 mi in 2,625 to 3,609 ft.

Development of Ormen Lange presented a number of challenges because of its location in below freezing seafloor temperatures, strong currents, and severely uneven seafloor. However, designers overcame these challenges and created a multiphase subsea development plan, which included the world's longest subsea pipeline.

Production from Ormen Lange started on Oct. 1, 2007. Production is expected to peak this year.

Tyrihans is Norway's largest development to be brought online by Statoil last year. It is located on Haltenbanken on Norwegian Blocks 6406/3 and 6407/1 in about 886 ft of water.

Statoil decided to develop the field from five subsea templates - four production and gas injection and one water injection. There are 12 wells drilled or to be drilled on the Tyrihan field. Seven of the wells have several trajectories in the reservoir for maximized oil recovery.

The field is estimated to contain about 811 MMbbl and 1.24 Tcf of gas.

According to Terje Riis-Johansen, Minister of Petroleum and Energy, "APA 2009 is the seventh licensing round with focus on mature areas on the whole shelf. The industry's continuing interest for these areas indicates that the annual licensing rounds in mature areas work in accordance with the purpose of an efficient exploration of the mature areas. Offers are given to large, medium-sized and small companies. This illustrates the diversity of companies on the Norwegian continental shelf."

The APA licensing round takes place in mature areas of the Norwegian continental shelf. Mature areas are the most explored areas on the shelf and have known geology. The main challenge in mature areas is that the expected sizes of discoveries are declining. Small discoveries can often not justify a standalone development, but can be profitable with a tieback to an existing production platform. Thus, the Norwegian Ministry of Petroleum and Energy feels it is important to discover and develop resources in these areas before existing infrastructure in connection to other fields is shut down.

With continued interest in Norwegian waters from operators, it is worth noting the availability for AoC compliant drilling rigs. The chart below provides a timeline of AoC rig availability, demonstrating limited availability through 2011. In fact, just over 60% of the 31 AoC compliant rigs are contracted into 2012.

As far as jackups, the Maersk Guardian and the West Epsilon are the first two rigs available, both rolling off contract in Q4 2010. The West Venture is the first ultra-deepwater floater available, and the rig is not free until late-2011 after an option exercise locked the rig up with Statoil for another year. The midwater semisubmersibles Stena Don and Bredford Dolphin, each roll off contracts in Q4 2010 and are the first midwater units available.

Follow projects in the Norwegian North Sea by visiting SubseaIQ, or follow the developments, contracts and initiatives of the rigs through RigLogix.