Analysis: Drilling Picks Up in the Mediterranean and Black Seas

While the Mediterranean and Black Seas have not always been global hot spots for offshore oil and gas exploration, drilling in these two areas has increased substantially. With multiple projects upcoming and prolific production existing, both the Mediterranean and the Black Sea are logging more rig time every year.

A unique offshore region, the Mediterranean is bordered by countries in both the European Union and Northern Africa. While drilling offshore France and Italy may be something quite novel, mega-producing countries like Libya and Egypt both border the waters of the Mediterranean, as well.

Just northeast of the Mediterranean, the Black Sea borders six Eastern European and Asian countries, including Bulgaria, Georgia, Romania, Turkey and the Ukraine, as well as one the biggest producers in the world: Russia. This juxtaposition created by little explored countries alongside major producers has helped to spur more exploration in the region. 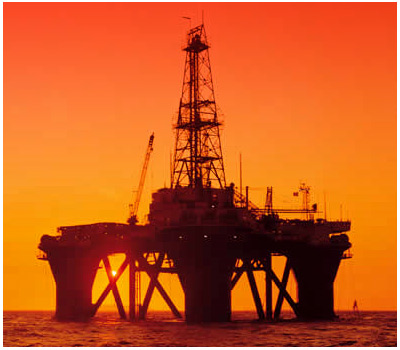 In August, Eni and partners commenced production from the North Bardawil gas field located in the Mediterranean north of the Nile Delta. The nearly 1,800-foot-rated Scarabeo 4 semisub completed the two development wells that were tied to the existing Barboni platform to commence production. Expected to stay in the Mediterranean offshore Egypt, the semisub is contracted to Eni for 28 months, through mid-2011 at a dayrate of $164,000. 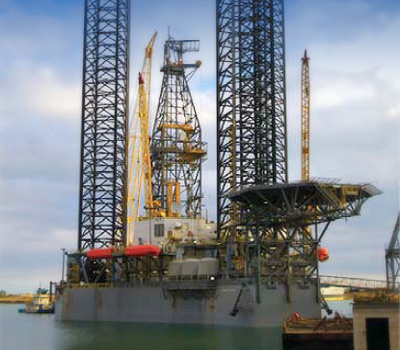 Also offshore Egypt, RWE-Dea is currently employing the Atwood Aurora jackup for work on the North Idku gas field. The contract involves drilling the four development wells on North Idku that will tie into the two unmanned production platforms that are currently being fabricated for the development. Drilling is expected to be completed in this first phase of development by the close of 2009, and first production is expected in 2010. Earning a dayrate of $131,500, the Atwood Aurora contract spans through April 2011, and there is an option for a one-year extension.

There are currently two offshore rigs working in the Mediterranean waters of Libya. While Libya has a state-owned oil company, the rigs that are working here are employed by two separate foreign firms. 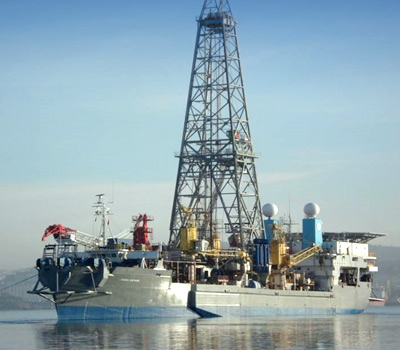 Currently, Brazilian major Petrobras is completing a four-well contract on the Caliph prospect offshore Libya with the Songa Saturn drillship. The first exploration well, A1-18/01, was spud in May, and sidetracked. While a discovery has not yet been announced, the area has undergone seismic work and the prospect is considered both high risk and high reward with potential reserves estimated at more than 1 billion barrels of oil equivalent. 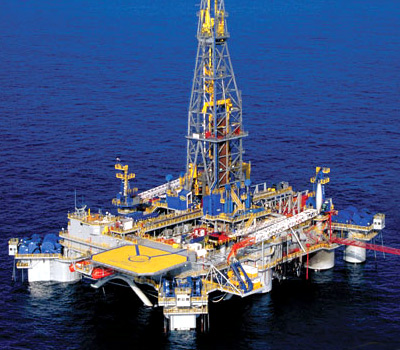 Furthermore, super-major ExxonMobil spud Libya's first-ever deepwater exploration well in July with the Noble Homer Ferrington semisub. Still undergoing drilling operations, exploration well A1-20/3 is located in Contract Area 20 in the Sirte Basin, for which the Exploration Production Sharing agreement was signed in 2007. The Noble Homer Ferrington is contracted to ExxonMobil through 2012, but work will be performed in both Libya and the West African country of Nigeria. The dayrate for the semisub in Libya is $537,500.

As evidenced by the rigs currently working offshore Libya, the North African country has been trying to increase the amount of foreign investment in the petroleum sector there. Helping to encourage foreign investment, the UN and US both lifted sanctions on the country in 2003 and 2004, respectively. Also, the US withdrew its designation of Libya as a state sponsor of terrorism in 2006.

The largest oil producer in Africa, Libya is a member of OPEC. In addition to attempting to ramp up oil production that has been dwindling since the 1960s, Libya has made concerted efforts toward increasing natural gas production in the country, as well. In fact, this week Libya's National Oil Company announced a plan to invest nearly $10 billion into development and upgrading projects on at least 24 fields in the country, as well as the possibility of adding another 13 fields to the list.

Increased Drilling in the Black Sea

Currently there are four offshore rigs drilling in the waters of the Black Sea. A relatively unexplored area, the Black Sea has become more of a reality in the last decade. In fact, in 2000 there was only one rig drilling in the region, making the current number of rigs a huge increase that has helped to boost production from the region. 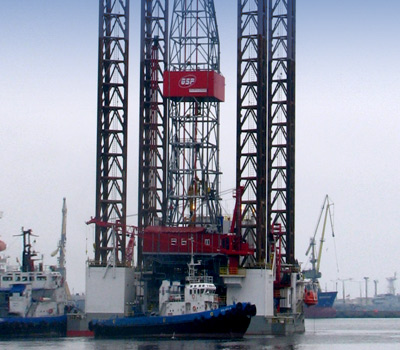 In an announcement this week, Petrom achieved first oil from two oil wells offshore Romania. Located in the Histria XVIII block in the Black Sea, both wells used horizontal drilling technology to tap oil reserves using the Jupiter jackup. The two wells are located on the Delta and Lebada Vest fields and are expected to add more than 4,500 barrels of oil equivalent per day to Romania's production, which only started in the country in 1987. 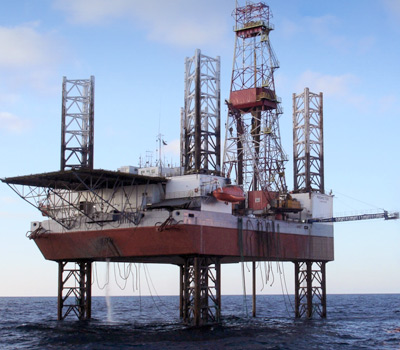 With a concerted focus on exploration and production in the Black Sea, Melrose Resources currently employs the Prometeu jackup in the waters offshore Bulgaria. In 2004, Melrose successfully brought on-stream the first offshore gas development in Bulgaria, the Galata field. In 2008, the company made two nearby discoveries, the Kaliakra and the Kavara fields, which will be developed as subsea tie-backs to the Galata infrastructure in 2010. Exploratory drilling continues on the block. Contracted for one well, the Prometeu contract only spans two months.

While some rigs will be falling off of contract in the region, there are a number of rigs entering the Mediterranean and the Black Sea in the near future. In fact, just in the last month, two rigs commenced contracts in the region, including the Prometeu and the Saturn jackups both in the Black Sea.

While the Hakuryu-10 jackup has been working in Tunisia for Eni, the contract is slated to end this month, and the rig will be picked up by UTE ACS Cobra Castor for work offshore Spain.

On the first of October, the Leiv Eiriksson semisub will commence a three-year contract with Petrobras offshore Turkey, and the GSF Key Manhattan jackup is scheduled to start drilling for Eni offshore Italy in a three-year contract that will start in February 2010. Also, Russian national oil company Gazprom has contracted the deepwater M G Hulme Jr. semisub for one year of work offshore Libya that will commence in August 2010. Commencing its contract in September 2010, the Sedco Express ultra-deepwater semisub has been contracted by Noble for work offshore Israel.