Rigzone Looks Back: One of the worst natural disasters in U.S. history, Hurricane Katrina caused damages to more than 50 platforms and rigs in the Gulf of Mexico, as well as onshore refining and transport facilities.

It has been a week since Hurricane Katrina pounded its way across Florida into the Gulf of Mexico, on its way to causing one of the worst natural disasters in American history. The course it took through the Gulf led straight through the heart of the offshore oil patch into America's most active port and leading oil refining region. The damage to the oil and gas industry is still being assessed, but by all accounts it could have been much worse.

However, the damage to the Gulf Coast and the city of New Orleans in particular is truly catastrophic. One of America's most historic cities has been filled with flood waters that contain an assortment of petrochemicals, human waste, heavy metals, and other toxins. Hundreds, if not thousands, have died from the flood waters and the lack of basic necessities. At least half a million people have been forced out of their homes to take refuge with family and friends or in the shelters being prepared by the Red Cross and government agencies. Among those are many of our friends and co-workers from within the industry, including some portion of the nearly 20,000 Rigzone members who live in that area.

When compared with such overwhelming problems faced by these individuals and families, the issues that the offshore oil industry must surmount seem minor. Yet, it is imperative to the United States and the Gulf Coast that every effort be made to return the industry back to order. And so, while we push on to keep this industry moving, our hearts and our prayers stay with those who have lost so much.

Offshore Damage Overview and Perspective
Thus far, the effects of Hurricane Katrina on the upstream industry in the Gulf of Mexico have seemed light compared with the problems inflicted on onshore refining and transport facilities. But when put in perspective with the problems caused by last year's Hurricane Ivan, Katrina proves to have packed quite a punch.

Katrina damaged a total of 12 rigs, including at least 5 that are likely to be scrapped. Discounting the 3 semisubs that only suffered loss of ballast and listing, Katrina still damaged 9 offshore rigs. Additionally, damage to at least 30 offshore platforms has been confirmed, with 18 platforms a total loss. And that number may increase, as a recent MMS report indicated a total of 58 damaged platforms and rigs in the Gulf. The only major area of uncertainty is how badly the underwater pipelines connecting the offshore platforms to shore have been damaged. It will be at least several more days before those damages can be fully assessed.

Offshore Rig Damage Assessment
When Hurricane Katrina blew through the Gulf, 62 rigs stood in its direct path, while another 55 rigs were within the reach of its tropical storm force winds. No damage has been reported on any of the rigs outside of its direct path, but many of the rigs in its path were damaged. According to rig manager reports as of Friday, Sept 2nd, a total of 12 rigs had endured notable damage; nearly 20% of the rigs in the path of the storm.

The most severe damage was dealt to the Rowan New Orleans (250' IS jackup), which appears to have been sunk, and Diamond's Ocean Warwick (300' IC jackup), which was carried 66 miles by the storm and washed up on Dauphin Island. In addition to these jackup losses, 4 platform rigs suffered serious damages, so much so that all 4 may be scrapped. The most valuable rig damaged by Katrina was Transocean's $330 million semisub, the Deepwater Nautilus, which was moved 80 miles off of its pre-storm position and experienced significant damage to its risers and subsea systems.

Offshore Platform Damage Assessment
Based on information provided by operators owning platforms and leases in the Gulf of Mexico, there are at least 30 offshore platforms that have been damaged to varying degrees by Hurricane Katrina. Of those 30 platforms, reports show that 18 platforms appear to have been completely lost, while another 12 platforms have been damaged. The majority of damage has occurred on shallow water platforms, but there are a few notable exceptions.

Shell's $550 million Mars tension leg platform (TLP) was handling 147,000 barrels of oil and 157mmcfe per day from its location on Mississippi Canyon 807 before Katrina hit on Sunday. Now the platform is entirely shut-in and has experienced major damages due to the destruction of the H&P 201 platform rig that was located on its top sides. The extent of the damages to the Mars platform has yet to be ascertained, but the H&P 201 is almost certainly a total loss.

Suppliers and Service Companies Ready to Help
The level of damage that has been inflicted on the Gulf Coast oil and gas infrastructure is extensive, and it will be a difficult process to repair all of the problems that will arise in Katrina's wake. In order to facilitate some of those efforts, the following companies are prepared to offer emergency services to help inspect, engineer, and repair oilfield damages.

Oil Industry Relief Efforts
We would like to recognize the efforts being made by leaders in our industry to help alleviate the humanitarian crisis that is unfolding across Louisiana, Mississippi and Alabama. If you haven't contributed to the relief efforts yet, please do so by donating to the American Red Cross, Salvation Army or other charities. 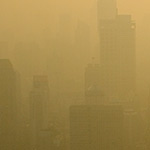 Direct Hit: Hurricane Ike Zeros in on Facilities and Rigs
by Phaedra Friend