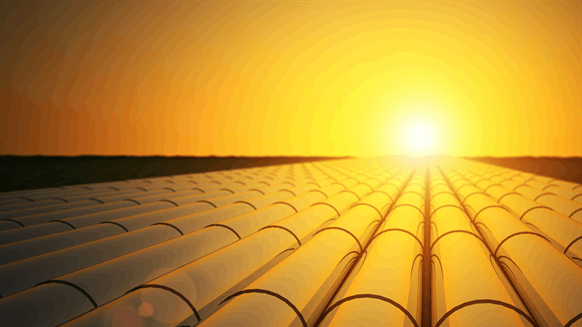 Canada will buy Kinder Morgan Canada Ltd.'s Trans Mountain oil pipeline in a bid to ensure it gets built amid fierce opposition.

(Bloomberg) -- Canada will buy Kinder Morgan Canada Ltd.’s Trans Mountain oil pipeline and its controversial expansion project for C$4.5 billion ($3.5 billion) in a bid to ensure it gets built amid fierce opposition.

“It must be built and it will be built,” Finance Minister Bill Morneau said in Ottawa, as he and Natural Resources Minister Jim Carr unveiled the deal, which includes the expansion, related pipeline and terminal assets, and is expected to close in August. Construction will continue through the 2018 season and the federal government will sell it to one or more new owners when “appropriate.”

The purchase marks a stunning development for Prime Minister Justin Trudeau’s government -- effectively nationalizing the country’s highest-profile infrastructure project until an operator can be found. The project has been beset by legal uncertainty and rising protests from environmental groups and the province of British Columbia.

“We think obviously this is very constructive for Kinder and for Canada and clearly for Canadian producers in particular because it creates a lot of regulatory certainty over the time that the Trans Mountain expansion can get done,” Katie Bays, an analyst with Height Securities LLC in Washington said in a telephone interview. “For Kinder this allows them to ameliorate some of the risk that they are carrying that the market doesn’t like.”

Canada first offered this month to indemnify the expansion project before announcing Tuesday’s plan. The deal includes the existing pipeline that’s been in operation since 1953.

Morneau said there’d be no fiscal impact of the plan -- suggesting he doesn’t expect to make or lose money on the deal. He declined to say what construction costs would be for the expansion project, and downplayed concerns about finding a new buyer.

“Many investors have already expressed interest in the project, including Indigenous groups, Canadian pension funds, and others,” the finance minister said.

Buying the pipeline outright became increasingly likely after Trudeau first pledged only to backstop it. The prime minister reiterated his intentions to get the line completed as he headed into a meeting with his cabinet Tuesday. The move will be a key test of Trudeau’s bid to balance the environment and the economy by backing the C$7.4 billion pipeline expansion while pushing a national carbon price to reduce greenhouse gas emissions.

The provincial government in oil-producing Alberta will create an emergency fund of as much as C$2 billion for the project, which would only be used in “unforeseen circumstances.” Alberta “will receive value commensurate to their contribution, through equity or profit sharing” in return, according to the government statement.

“Any extraordinary costs will be covered together” with Alberta, Morneau added.

The plan announced Tuesday has several stages -- construction will continue this year with a Federal loan guarantee as the deal is finalized; the government will look for a new owner or owners to transfer the project to; and then “indemnify” the owner against certain costs. It isn’t “the intention of the Government of Canada to be a long-term owner of this project,” Morneau’s department said in a statement.

Shares of Calgary-based Kinder Morgan Canada, a unit of the Houston-based parent, surged as much as 9 percent after the announcement, and were up 36 cents to C$16.95 at 10:21 a.m. in Toronto. The company has a market value of C$5.9 billion.

“This is a good day for Kinder Morgan shareholders,” said Paul Bloom, president of Bloom Investment Counsel Inc. in Toronto, which owns about 300,000 shares of Kinder Morgan Canada. “It got a very good price for their assets.”

Kinder Canada Chief Executive Officer Steven Kean said on a conference call the company hasn’t yet decided how it will use the proceeds from the sale and it will consider options including acquisitions and stock buybacks. The company also said it still has a strong set of midstream assets in Canada and that the Trans Mountain sale will help its Edmonton terminals business.