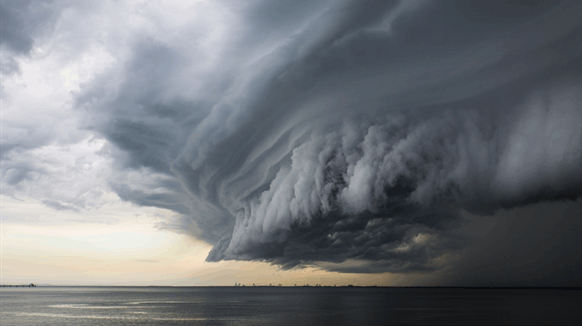 The US energy industry braces for a major test to refineries and power plants.

NEW YORK, Jan 4 (Reuters) - The U.S. energy industry braced for a major test to refineries and power plants as an intense winter storm roared up the Atlantic Coast, bringing heavy snowfall and high winds to a region already beset with several days of extreme cold.

The storm is the product of a rapid and rare sharp drop in barometric pressure known as bombogenesis, or bomb cyclone. Heavy snow pounded the East Coast along a front stretching from Maine as far south as North Carolina early on Thursday, knocking out power, icing over roadways and closing hundreds of schools.

Prices for heating oil and natural gas in the U.S. Northeast hit their highest levels in years on the back of near-record heating demand. Benchmark U.S. heating oil futures are near the highest in almost three years.

The extreme cold has stoked fears that a significant disruption could lead to a heating oil shortage, as inventories of distillate products, including heating oil, in the New England and Mid-Atlantic regions are at their lowest levels for this time of year since 2015. A number of tankers carrying diesel and heating oil from Europe are bound for the United States to address supply worries, reversing a traditional trade route.

Reliance on heating oil is highest in the Northeast region, with about 21 percent of households using oil for space heating.

The U.S. Coast Guard in the key ports of Boston, New York Harbor and Philadelphia have deployed ice-breaking ships to help keep trade traffic moving, but delays were expected. Late on Wednesday, the Coast Guard said ice-breaking assets would seek safe haven from the winter storm but deploy after to ensure Northeast communities had the supplies, energy, and emergency resources needed.

Although most refineries, particularly those in northern climates, are designed to operate throughout the winter, increasingly extreme weather conditions in recent years have tested their capabilities. In 2015, more than a third of the U.S. East Coast's capacity was abruptly shut down due to glitches during severe weather.

Refiners along the U.S. East Coast were bracing for difficulties in the next few days, though they have largely escaped major trouble thus far.

Phillips 66 shut a crude and coking unit at its Wood River, Illinois, refinery after a line froze followed by a brief fire, a source told Reuters on Wednesday. It did not currently have a timeline for restarting the units at the Illinois plant, the source said.

Gasoline and diesel futures have climbed to four-year highs for this time of year, boosting key refining margins

Energy prices are vulnerable to further spikes if cold winter weather persists, but investors should position for the likelihood of lower prices later this year, Citi Research said in a note late on Wednesday.

"The impressive price strength recently should not be extrapolated into late 2018 as rising production of oil, LPG, natural gas and LNG, amid lower demand post-winter, should lower prices."

U.S. natural gas demand was expected to remain near record highs this week due to the frigid weather. Natural gas is the major fuel for residential and commercial heating in the U.S. Northeast and is also widely used by power plants.

"NYMEX Henry Hub prices should rise further to the mid-$3 range, as cash Henry Hub prices already traded above $6. But the market, due to the supposed record-breaking production growth in 2018, still seems to be under-appreciating the potential for cold weather persisting," Citi said.