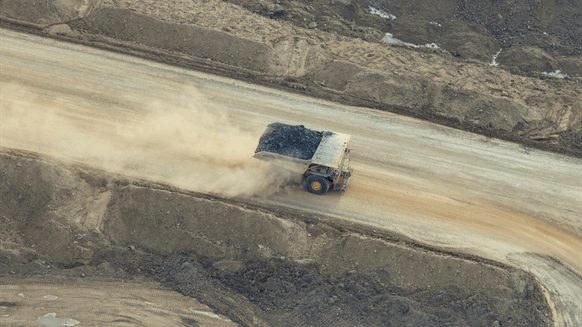 Energy East would have given oil producers in Alberta and Saskatchewan another market for their crude.

Energy East would have given oil producers in Alberta and Saskatchewan, who are heavily dependent on buyers in the U.S., another market for their crude by carrying about 1.1 million barrels a day to refineries and a marine-shipping terminal in eastern Canada. TransCanada cancelled that project on Thursday amid regulatory hurdles and weaker oil prices.

"It definitely puts the leverage on the pipes that are on the docket to get through," said Carl Evans, an oil analyst at Genscape Inc. in Boulder, Colorado. Keystone XL and Trans Mountain must be built "or you are looking at an industrywide problem in a very short amount of time."

Pipelines in Western Canada, which holds the world's third-largest crude reserves largely in Alberta's oil sands, can carry about 3.3 million barrels of crude a day, according the the Canadian Association of Petroleum Producers, or CAPP. Meanwhile, the area is expected to produce 3.92 million barrels a day this year and 4.2 million next year as a number of large oil-sands projects come online. The pipeline pinch already had producers shipping more of their crude by rail, which can cost as much as three times more to get oil from Alberta to the U.S. Gulf Coast.

Should Keystone XL and Trans Mountain fail to be built, oil producers could end up shipping more than 300,000 barrels a day via rail for at least five years, and some producers could shut in operations, Evans said.

Evans said it's probable that Trans Mountain will be built and that Enbridge Inc. will be able to proceed with the replacement and expansion of its Line 3, which carries Western Canadian crude to Wisconsin.

While that project still needs approval in Minnesota, the company has repeatedly expressed confidence that it will receive the necessary permits and has already begun construction on the Canadian portion of the line. Trans Mountain and Line 3 would provide a buffer of about 600,000 barrels a day by 2021, Evans said.
Suncor Inc., Canada's largest oil producer by market value, supported Energy East and is disappointed in the decision not to move forward with the project, spokeswoman Sneh Seetal said. The pipeline would have provided new markets for Western Canadian crude and enhanced supply for the company's refinery in Montreal, she said.

"That said, we do have a position in all other pipeline projects, and no single pipeline will impact our ability to grow," Seetal said.

Cenovus Energy Inc., an oil-sands producer that had contracted to ship 200,000 barrels a day on Energy East, said the cancellation will reduce options for Canada's oil producers to reach global markets. The nation's regulators must ensure that decisions on infrastructure projects can be made in a timely manner so as not to put domestic producers at a competitive disadvantage, the company said in a statement.

Energy East would have provided Canadian oil producers with access to buyers in India, one of the fastest-growing markets for petroleum, because shipping there is faster from Canada's Atlantic Coast than from its Pacific Coast, said Tim McMillan, chief executive officer of CAPP. Instead, the cancellation makes the domestic industry more reliant on the U.S. to act as its broker in getting crude to world markets, he said.

Alberta Premier Rachel Notley also decried Energy East's demise, calling it "an unfortunate outcome for Canadians" and saying that it would have reduced the nation's imports of foreign oil. The National Energy Board must let the industry know how future project reviews will be conducted so investors can have confidence in the industry, she said.

"This decision highlights the importance of diversifying market access and the subsequent national priority that must be placed on the Trans Mountain expansion project," Notley said in a statement.