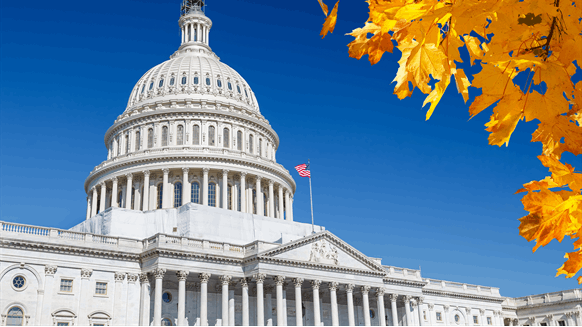 Industry needs to better define itself in face of opposition, say panelists at Washington, D.C., conference.

The oil and gas industry needs to do a better job of defining itself to the public to counter ongoing opposition from various anti-industry forces, several members of Congress from three energy-producing states said during a panel discussion in Washington, D.C. Tuesday.

Cuellar, the sole Democrat on the five-person panel, described himself as “pro-energy, pro-trade.” He represents a South Texas district extending from San Antonio to the U.S.-Mexico border that is home to the Eagle Ford shale formation. He said that one way the domestic oil and gas industry can better enlighten the public is to relay facts that weaken the widely held perception that it is “Big Oil.”

“You have to tell the right story because people just think that oil and gas is big companies, but 88 percent are small- and medium-sized companies,” Cuellar said.

Two panelists, Republicans Scott Tipton of Colorado and Bill Johnson of Ohio, advised the industry to localize its outreach.

“Communicate to the American people that this isn’t a big, sterile business,” said Tipton, adding that the industry in his home state has effectively employed that approach telling stories about actual “people working to support their families.”

“People in Colorado are environmentally sensitive and we need to keep it that way,” Tipton said.

Johnson, whose eastern and southern Ohio district overlays the Marcellus and Utica shale plays, recommended that the industry distill its narrative so that families can discuss it around the dinner table.

“I don’t think we engage the American people enough,” Johnson said, noting that relaying overly technical concepts and terms to the public translates into missed opportunities to broaden public support for the industry – and build momentum against opponents. “We’ve got to make this a dining room conversation.”

To elaborate on his point, Johnson outlined the following possible scenario in which the industry might make its message more accessible to the public: a pair of parents can more easily afford to send their child to college because the plant where one of them works has given employees raises, passing along savings because it’s paying less for natural gas.

Texas Republican Joe Barton, the former Chairman of the House Committee on Energy and Commerce who currently serves as vice chair, told NAGF attendees that the industry needs to “be engaged in the community” and “come across as real people.”

“Be engaged,” said Barton. “Tell the truth. Follow the law. Be good neighbors.”

Barton’s GOP colleague Blake Farenthold, whose district includes Texas’ Coastal Bend region, reminded attendees that the news media typically focuses on the oil and gas industry when “something goes wrong” so he encouraged them to “be safe.”

Farenthold suggested that the oil and gas industry would do well to remind Americans that they typically get a good value on oil and gas products.

“We’re paying half for gasoline for our cars than we were paying a few years ago, but that’s lost on people,” Farenthold said.

World Commenter  |  October 05, 2017
All industry now needs to better define to the general public their "license" by society to operate. What are they doing for society? What goods and services are they providing and what would occur if those goods and services were NOT PROVIDED?