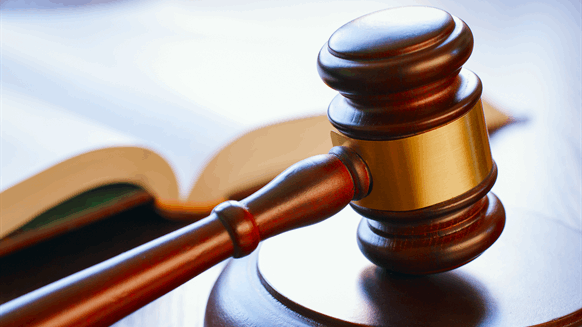 A court in Vietnam sentenced to death a former chairman of state-run PetroVietnam after finding him guilty in a mass trial of 51 officials and bankers accused of graft and mismanagement that led to losses of $69 million.

HANOI, Sept 29 (Reuters) - A court in Vietnam sentenced to death a former chairman of state-run PetroVietnam on Friday after finding him guilty in a mass trial of 51 officials and bankers accused of graft and mismanagement that led to losses of $69 million.

The death sentence for ex-PetroVietnam chairman Nguyen Xuan Son was the first time in years it had been given to such a senior former official and comes amid an intensifying corruption crackdown and manoeuvring within the ruling Communist Party.

Son maintained his innocence and would appeal against the verdict from the People's Court of Hanoi, his lawyer, Le Minh Tam, told Reuters. The death penalty had been recommended by the state prosecution.

Vietnam is among the world's biggest executioners, according to Amnesty International. In recent years it has replaced firing squads with lethal injections.

Son was on trial as both the former chairman of PetroVietnam and the former chief executive of Ocean Group's banking unit, Ocean Bank, which was taken over by the central bank in 2015 after being unable to pay its debts.

The court in Hanoi also sentenced Ha Van Tham, founder of Ocean Group and once one of Vietnam's most high profile tycoons, to life imprisonment. He was found guilty of embezzlement, violations of bank lending regulations and abuse of power.

Dozens of other banking and energy officials were also jailed.

"These harsh sentences are mainly for public effect," said Carl Thayer, a Vietnam expert at the Australian Defence Force Academy. But they would have little effect without improving governance in the one-party state, he said.

The ruling Communist Party has taken a tougher stance on corruption since Vietnam's security establishment emerged stronger from a power struggle last year in which ex-Prime Minister Nguyen Tan Dung lost out.

Some critics have accused Vietnam's rulers of a witch-hunt following the launch of investigations implicating increasingly senior figures.

Son was arrested in 2015, under the previous administration. On Friday, he was found guilty of embezzlement, intentional breaches of state rules over economic management leading to serious consequences and abuse of position and power.

The head of a unit of state-run shipping firm Vinashin was sentenced to death over losses in February, but he was much less senior than Son.

Investigations into PetroVietnam have seen a Politburo member who was a former PetroVietnam chairman, a vice trade minister sacked from their positions and a former deputy central bank governor prosecuted.