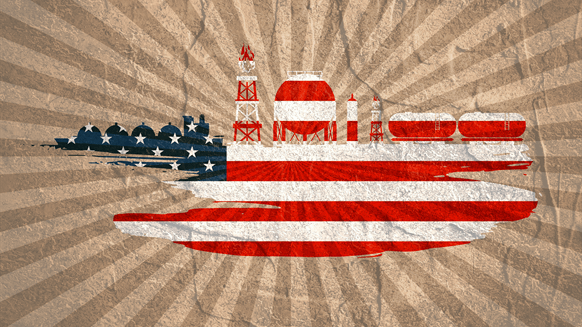 The developer of a liquefied natural gas export terminal in Oregon that has already twice been denied permits by US regulators is giving it another shot.

(Bloomberg) -- The developer of a liquefied natural gas export terminal in Oregon that has already twice been denied permits by U.S. regulators is giving it another shot.

Veresen Inc. said late Thursday that it filed another application with the Federal Energy Regulatory Commission for the $10 billion Jordan Cove LNG terminal that would ship gas to Asia. The agency said the project wasn’t needed in March 2016, and rejected Veresen’s appeal in December. In its latest request, the Calgary-based company proposed route changes for a pipeline to feed the terminal and eliminated plans for a power plant.

Veresen is making a third attempt just as the Trump administration promotes LNG exports as a means of establishing America’s dominance in global energy markets and creating jobs. Gary Cohn, the director of the White House’s National Economic Council, referenced an unidentified Northwest terminal during a talk in April, saying the government would step up approvals for such projects. It’s among dozens proposed along the coasts of the U.S. to send shale gas overseas.

"There’s a good chance that the FERC will take a different stance under this administration," Chris Cox, equity analyst at Raymond James Ltd. in Calgary, said by phone Friday.

Veresen said the project would create more than 200 permanent jobs and has said it would lower the U.S. current account deficit with Japan, which President Donald Trump has complained about. In February, the company said it was in “advanced” negotiations with a third LNG buyer in Japan and that preliminary agreements with Jera Co., a joint venture between Tokyo Electric Power Co. Holdings Inc. and Chubu Electric Power Co., and Itochu Corp. were being finalized.

"You’ll see some migration of those offtakers moving toward Jordan Cove," Cox said. "I wouldn’t be surprised to see Petronas get involved in that project."