Oil And Chemical Spills From Hurricane Harvey Big, But Dwarfed By Katrina 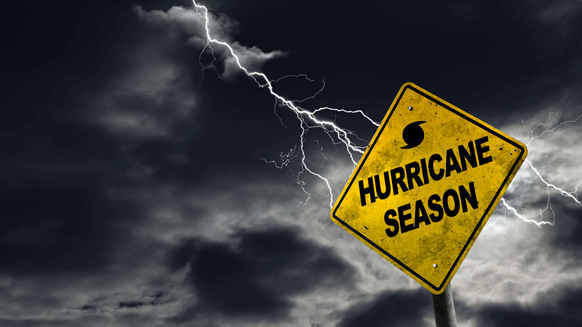 More than 22,000 barrels of oil, refined fuels and chemicals spilled at sites across Texas in the wake of Hurricane Harvey.

NEW YORK/BOSTON, Sept 15 (Reuters) - More than 22,000 barrels of oil, refined fuels and chemicals spilled at sites across Texas in the wake of Hurricane Harvey, along with millions of cubic feet of natural gas and hundreds of tons of other toxic substances, a Reuters review of company reports to the U.S. Coast Guard shows.

The spills, clustered around the heart of the U.S. oil industry, together rank among the worst environmental mishaps in the country in years, but fall far short of the roughly 190,000 barrels spilled in Louisiana in 2005 after Hurricane Katrina - the last major storm to take dead aim at the U.S. Gulf Coast.

The U.S. Environmental Protection Agency warned people affected by the storm to avoid floodwaters, saying they could contain bacteria and other dangerous substances, but the agency has so far provided few details about spills. The EPA said earlier this week it was responding to more than a dozen spills in the wake of Harvey, but said it could not immediately provide volume estimates.

The U.S. Coast Guard reports showed over 22,000 barrels of crude oil, gasoline, diesel, drilling wastewater, and petrochemicals spilled from refineries, storage terminals and other facilities in the days after the storm.

Nearly half of those came from a 10,988-barrel spill of unleaded gasoline from Magellan Midstream Partners' storage facility in Galena Park, Texas, according to the reports, confirmed by a company official.

"We expect clean-up operations to be completed within a few weeks," the company said in an email on Thursday. Most of the gasoline had been removed, it said, including quantities that spilled offsite and into the Houston Ship Channel, and remaining work was mainly focused on removing contaminated soil.

The Coast Guard filings also showed some 365 tons of toxic chemicals like sulfur dioxide, ammonia, toluene, benzene, and carbon monoxide escaped from facilities during the storm.

In addition, some 27 million cubic feet (765,000 cubic meters) of natural gas, 1,000 tons of asphalt, and unknown quantities of other substances from more than 200 other incidents also escaped, according to the data.

Officials for the Coast Guard and the EPA did not immediately respond to requests for comment on the filings.

As some spill estimates were preliminary, it was too early to assess pollution damage from the storm, said Tom Pelton, a spokesman for environmental advocacy group the Environmental Integrity Project.

One company is already raising its spill estimates: Valero Energy Corp told the EPA it probably underestimated the emissions of dangerous chemicals when the roof of a tank at its Houston refinery collapsed in the storm.

Katrina caused 190,000 barrels of oil spills along the Louisiana coastline, according to Donald Davis, the administrator of the Louisiana Applied Oil Spill Research and Development Program, who presented his findings to the EPA in 2006.