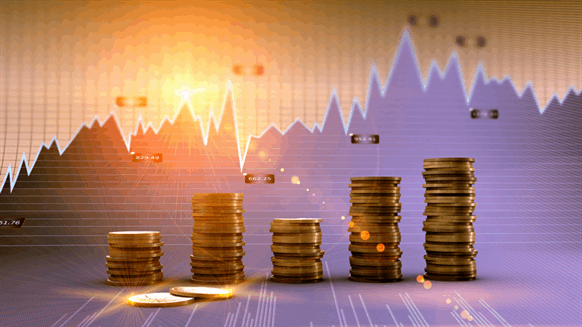 Forward US oil prices for 2018 have climbed back above $50 per barrel, a level that should be high enough to stabilize drilling activity over the next two months.

LONDON, Sept 14 (Reuters) - Forward U.S. oil prices for 2018 have climbed back above $50 per barrel, a level that should be high enough to stabilise drilling activity over the next two months.

But if prices continue their current upward trend, shale firms will almost certainly interpret that as a sign to increase output and begin ramping up their drilling programmes again.

Shale drilling has proved very sensitive to changes in the value of West Texas Intermediate (WTI) crude, especially the forward prices shale firms rely on to hedge production and reduce their risks.

The number of rigs drilling for oil, which had been falling during the industry slump, started to increase again from May 2016, and oil output began to rise from October 2016.

Rig counts typically respond to a change in oil prices with a lag of 16-20 weeks, while output tends to respond after an additional delay of five to six months.

By January 2017, however, the rapid escalation in the rig count implied a large increase in production that threatened to overwhelm the market.

Forecasts by the U.S. Energy Information Administration showed crude and condensates output growing by more than 0.5 million barrels per day (bpd) in 2017 and almost 1.0 million bpd in 2018.

To temper the drilling boom, forward prices began to slide, with the WTI calendar strip for 2018 declining from more than $57 in January to a little over $45 in June.

The calendar strip is the benchmark against which shale producers hedge production so the sharp drop sent a strong signal to ease back on drilling programmes (http://tmsnrt.rs/2f8Mqfv).

The rig count levelled off in July and has been falling since August, according to oilfield services company Baker Hughes, in a lagged response to the decline in prices earlier this year (http://tmsnrt.rs/2juapHt).

During their second-quarter earnings calls with investors, held in August, many shale firms announced a reduction in capital expenditure and drilling programmes for the second half of 2017.

It was widely seen as a tap on the brakes to assuage investors’ concerns about overproduction and falling prices.

just some geo  |  September 19, 2017
What I would find interesting is an analysis of depletion rates in the shale oil plays. From what I can tell the Bakken is pretty much drilled out and water/gas cut increasing. Basically the Bakken taps cannot be opened any further. It looks like the Permian basin is heading that way too. This is what happens if you drill all the sweet spots when prices head south, you cant replace lost production. If this is truly the case then US production will plateau fairly soon and then drop off. When this happens, prices will head north and we can all go back to work. It would make a good article. Theres a lot of info out there.