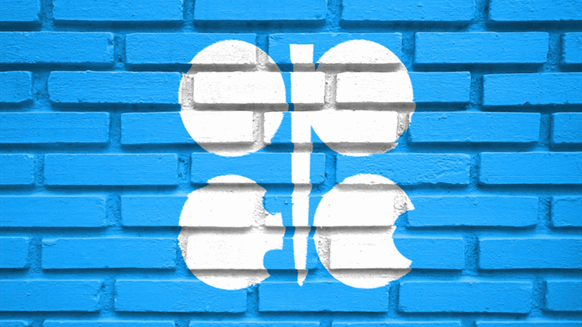 LONDON, Aug 31 (Reuters) - OPEC oil output has fallen this month by 170,000 barrels per day (bpd) from a 2017 high, a Reuters survey found, as renewed unrest cut supplies in Libya and other members stepped up compliance with a production-cutting deal.

A dip in supply from top two producers Saudi Arabia and Iraq helped to boost OPEC's adherence to its output curbs to 89 percent, up 5 percentage points from July but still short of the levels above 90 percent achieved earlier in the year.

The decline from Libya, and the lack of a further sizeable increase from Nigeria, will ease concerns that extra barrels from the two nations could swamp cutback made elsewhere. Libya and Nigeria were exempt from the cuts because conflict had curbed their production.

"Libya's production has dropped by more than 350,000 bpd this past week," said Ole Hansen, a commodities analyst at Saxo Bank.

As part of a deal with Russia and other non-members, the Organization of the Petroleum Exporting Countries is reducing output by about 1.2 million bpd from Jan. 1, 2017 until March next year.

High compliance and much-reduced output in the exempt countries pushed supply lower in early 2017. But extra Libyan and Nigerian production, and slipping adherence in some countries, prompted output to rise to a 2017 high last month.

To address this, ministers at a July 24 meeting moved to cap Nigerian output, although they stopped short of asking Libya to join the supply-cutting deal, and called on several members to boost compliance.

August's biggest drop came from Libya, where output slipped to an average of 900,000 bpd as unrest forced the shutdown of the country's largest oilfield, Sharara, plus other sites, putting a supply recovery on hold for now.

Top exporter Saudi Arabia trimmed supply because of lower exports, although this was offset by more crude use at home and exports rose in the latter part of the month. Saudi power plants burn more crude in the hot summer months for electricity to keep the population cool.

"There have been strong exports in the last couple of days. We could potentially see exports only slightly down versus July," said an industry source who tracks Saudi output.

Iraqi supply came in slightly lower than July because of a dip in exports from the south and north of the country - although Baghdad still has some way to go to match the compliance levels of other large producers.

OPEC announced a production target of 32.50 million bpd last year, which was based on low figures for Libya and Nigeria. The target includes Indonesia, which has since left OPEC, and does not include Equatorial Guinea, the latest country to join OPEC.

According to the survey, output in August has averaged 32.68 million bpd, about 930,000 bpd above the target adjusted to remove Indonesia and not including Equatorial Guinea.

The Reuters survey is based on shipping data provided by external sources, Thomson Reuters flows data, and information provided by sources at oil companies, OPEC and consulting firms.