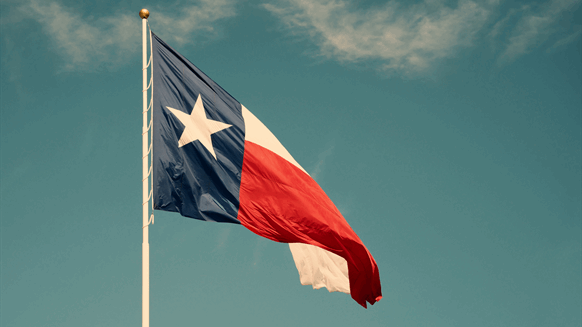 In its devastatingly slow crawl up the industrial Gulf Coast, Hurricane Harvey is proving to be the biggest test yet of the safety and vulnerabilities of the US chemicals industry.

(Bloomberg) -- In its devastatingly slow crawl up the industrial Gulf Coast, Hurricane Harvey is proving to be the biggest test yet of the safety and vulnerabilities of the U.S. chemicals industry.

A Houston-area chemical plant was hit by explosions overnight after floods caused by Harvey knocked out power supplies needed to refrigerate volatile peroxides. Fifteen police officers were treated at the hospital for smoke irritation from the plant. Earlier evacuations of the site and surrounding community prevented more serious injuries. The plant is owned by French chemical company Arkema SA.

The remaining chemicals will eventually burn up in the fire, Richard Rennard, a company president, told reporters Thursday.

“It is not anything we think is a danger to the community at all,” Harris County Sheriff Ed Gonzalez said in a press conference early Thursday. U.S. Homeland Security and the Environmental Protection Agency are monitoring the disaster. No concentrations of toxic materials have raised any concerns at this point, the EPA said in a statement.

The incident underscored the risks confronting the industry after dozens of chemical plants shut down in the path of the storm from South Texas to Louisiana, knocking out more than half of U.S. production of some of the most-used chemicals and plastics.

With its crucial access to ports for shipping and receiving, the Gulf Coast is the epicenter of the nation’s chemical industry, where many of the materials indispensable to modern society are produced. The plants provide the basic building blocks for making everything from cars and computers to household furnishings and appliances.

The massive industrial centers also deal with complex chemical processes that pose hazards from lethal explosions to toxic spills when things go wrong. The danger is greatest when plants are shutting down and starting up.

“That is when bad things happen,” said Ramanan Krishnamoorti, the chief energy officer at the University of Houston.

The newest plants come with sensors and control towers that provide multiple barriers to prevent accidents, said UH’s Krishnamoorti. But some plants are 60 years old, and the average age is about 30 years, he said. While large operators such as Exxon Mobil Corp. are constantly updating their facilities, much more work remains needs to be done -- especially if they’re going to withstand the kinds of floods brought by Harvey.

“We want to be good, not just lucky,’’ Krishnamoorti said.

Though plants have been dealing with a multitude of problems and there have been no serious injuries, the crisis is far from over.  It will take weeks, if not months, for all the plants to assess damage, make repairs and restart operations in the wake of the floods.

“This whole thing is testing how well we have thought through our safety systems and programs and how robust the plants are,” said Mannan. “I don’t know if anybody is ready for this level of flooding."

Harvey made landfall on Aug. 25, bringing torrential rain and historic flooding along the Gulf Coast, and knocking out almost a quarter of U.S. refining capacity. While Harvey’s shut down of U.S. crude processing capacity has grabbed headlines and led to spiking gasoline prices, less known is the storm’s outsize impact on chemical production.

“It seems like Harvey came with a plan to follow the chemical industry on the Gulf Coast,” said Mannan.

“The combination of Harvey’s path, duration and rainfall total is wreaking havoc with the supply side of the U.S. chemicals industry on an unprecedented scale,” McCarthy said. “We certainly haven’t seen anything quite like it in our 18 years of following chemical stocks on Wall Street.”

While some chemical makers are expected to begin restarting plants in the next few days, it may take many more weeks for production to reach pre-Harvey levels, IHS Markit said in a report Thursday. Obtaining raw materials, transportation bottlenecks and the complexity of resuming some processes, such as ethylene production, are among the challenges. Houston is one of at least 11 ports in Texas and Louisiana that are closed due to Harvey, according to the Coast Guard.

Producers of basic plastics such as polypropylene that are still producing could face an average delay of two weeks to ship their product via rail because of the storm, according to IHS. Some resin buyers are seeking supplies outside the U.S. in case of an extended U.S. disruption, the consultancy said. Prices have begun to rise for products including caustic soda and polyethylene.

One complicating factor post-Harvey is the urban sprawl gradually engulfing chemical plants, according to Andrea Sella, a professor of inorganic chemistry at UCL university in London. “Because accidents are unusual, planners can come to underestimate the severity of what are likely to be quite rare events,” he said by email.

Arkema’s site in Crosby, which is about 25 miles from downtown Houston, is situated in an area with no hospitals, schools, correctional facilities, recreational areas or industrial and commercial areas in the vicinity, according to the Colombes, France-based company.

Two explosions and black smoke were reported at 2 a.m. local time, after the plant lost power and backup generators in the storm’s flood, the company said in a statement on Thursday. Arkema stores organic peroxides at several locations on the site. Sheriff Gonzalez said 13 of the 15 deputies treated for smoke exposure had been released from the hospital.

The best course of action is to let the fire burn itself out, the company said. The chemicals made at the plant are used to make plastics.

“At Crosby, we prepared for what we recognized could be a worst-case scenario,” Rich Rowe, who overseas Arkema’s U.S. operation, said in a statement. “We had redundant contingency plans in place." The flood waters, which reached 6 feet inside the plant, have begun to recede, Rennard, the company president, said Thursday morning.

Arkema had lobbied on "EPA Risk Management Program regulations" during the last six quarters, according to federal disclosures. In 2016, the company submitted comments on a proposed version of the rule identifying three concerns over cost or compliance.

The regulations, which EPA Administrator Scott Pruitt delayed for 20 months in June, were designed “to reduce the likelihood of accidental releases at chemical facilities and improve emergency response activities when those releases occur,” according to the Obama-era EPA. The rule didn’t specifically address natural disasters.

Gregg Witte  |  September 05, 2017
Texas explosions show no Plan B for backu power - poor planning, especially with all of the advance warnings.