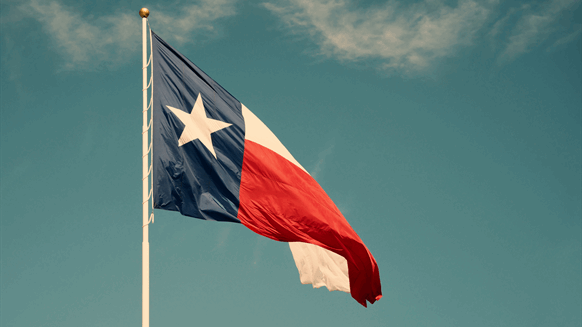 Hurricane Harvey has struck at a time when energy markets appear indifferent to all sorts of traditional stimuli.

(This column does not necessarily reflect the opinion of Bloomberg LP and its owners. The views expressed are his own)

(Bloomberg Gadfly) -- The shocking images of Houston's freeways transformed into waterways by the deluge of Hurricane Harvey call to mind similar footage of the floods unleashed on the Gulf coast by Hurricanes Katrina and Rita 12 years ago.

Along with everyone else there, the energy industry tied so closely to this region was hit hard, both then and now. Yet, while the full extent of the latest damage is still to be determined as the disaster is ongoing, it may be that the hurricane seasons of 2005 and 2017 will come to be seen as bookends on a transformation in the U.S. energy business.

Even as they grapple with more existential problems (if they're in southern Texas or are worried about people who are), energy traders are also confronted with the fact that, by and large, the markets they deal in appear largely unperturbed. Prices of gasoline and other refined products have jumped -- a logical outcome, given that about one-sixth of U.S. refining capacity has been shut down. Yet crude oil and natural gas prices were either flat or down on Monday morning.

This is in marked contrast to the situation 12 years ago. Natural gas illustrates the point. When Katrina and Rita hit the Gulf, natural gas prices spiked into double digits, versus today's price of just less than $3 per million BTU.

More striking, though, is the differing impacts on expectations, as expressed in the futures market then and now. Here is what happened in 2005:

And here's how things have moved this month. Spot the difference:

The key factor here is the shale boom. In its early stages, it got added impetus from surging natural-gas prices, due to both the commodity supercycle in the decade before 2014 and disaster-related spikes such as those in the summer and fall of 2005. You can see this in the dramatic shifts in where the U.S. gets its domestic natural gas supply:

The shift away from the hurricane-prone waters of the Gulf of Mexico means even a catastrophic event like Harvey now has little impact on pricing. Indeed, even onshore production in Texas and Louisiana has declined as a share of domestic U.S. natural-gas production in recent years as the first wave of the shale boom has passed and growth has shifted elsewhere, particularly Appalachia.

If anything, Harvey is bearish for natural gas because of the disruption to local demand, which hasn't declined in importance over the past decade:

In a report published on Friday, ahead of the worst of the storm, Societe Generale analyst Breanne Dougherty estimated Harvey might subdue demand for natural gas by 1.5-2 billion cubic feet per day, roughly in line with estimates of the amount of supply taken off-line. Besides direct usage, natural gas accounts for about 45 percent of Texas' electricity generation. As of Monday morning, with hundreds of thousands of customers having lost power across the Gulf coast region, day-ahead peak power prices for Houston were down by a third compared to the middle of last week, hitting their lowest level since mid-March.

Hurricane Harvey has struck at a time when energy markets appear indifferent to all sorts of traditional stimuli, especially on the geopolitical front. News of two Libyan oil fields being forced to shut down by armed groups this weekend barely registered in the market.

Whether such a sanguine attitude can last is debatable. But there is no denying it has lasted for a while already, largely because the shale boom has changed both the physical location of U.S. production and expectations about its resilience to both natural and market-made disasters.

If Katrina and Rita helped set off the shale boom, then Harvey should offer proof of the transformation in energy markets they wrought.

Liam Denning is a Bloomberg Gadfly columnist covering energy, mining and commodities. He previously was the editor of the Wall Street Journal's "Heard on the Street" column. Before that, he wrote for the Financial Times' Lex column. He has also worked as an investment banker and consultant.

Greyman  |  August 28, 2017
Are the markets rigged? The Eagleford has been significantly impacted, yet little reflection on price. IMHO it appears that analysts are front running market expectations and are woefully ignoring basic market principles. The reality being that the majority of operators in the shale boom have yet to realize positive cash flow for wells. Majority of operators are on a constant drip of cash infusion to generate barrels of production with negative NPV? 15% of wells within Eaglefords sweet zone have been frac hit resulting in significant differed production.. Further, Mexico: a substantial exporter of crude oil stateside is producing at its lowest rate since the 90s. Mexico is also a significant importer of refined product from the Houston area to meet its internal needs... Something doesnt jive here? Is this Fake news reality...like last November when analysts, and pundants alike predicted a 97% chance Hillary would win the election?