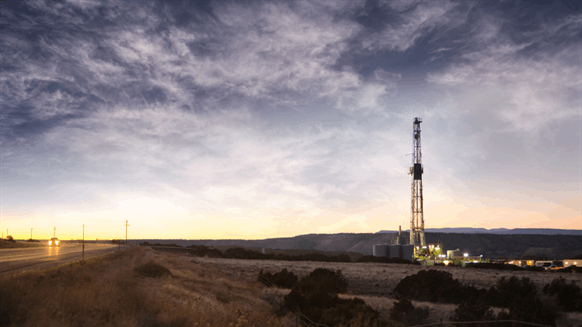 Assets tied to shale producers, particularly those in America's most-coveted oil field, have fallen this August thanks to concerns about oversupply.

(Bloomberg) -- The good news for U.S. producers: the chief executive officer of Europe’s second-biggest oil and gas company thinks American shale assets are “quite expensive” following a recovery in the price of crude. The bad news: they’re growing more affordable.

Assets tied to shale producers, particularly those in America’s most-coveted oil field, have fallen this August thanks to concerns about oversupply that have emerged as the firms announced second-quarter results. The anxiety is evident across stocks, bonds and in the words and actions of major energy players who now say they’re eschewing the once-popular sector.

Total SA CEO Patrick Pouyanne is not alone in the comments he made earlier this week after announcing a North Sea oil acquisition. BHP Billiton Ltd. followed up up by saying the time was right to look at unloading its U.S. shale properties, a plan which would put almost a million acres of oil and natural gas fields on the market.

“This decision will resonate in all other quarters of the shale industry,” Fabio Scacciavillani, chief economist at the Oman Investment Fund, said in a Bloomberg TV interview. “It certainly will resonate on Wall Street, which has just been providing a lot of financial resources for these dependent shale oil and shale gas companies.”

“We love the Permian,” CEO Wouter van Kempen said on a call with analysts. “But we’ve seen a similar playbook in the past in many, many areas around the country including not too long ago the Eagle Ford where the industry is now sitting on a lot of excess processing capacity.”

Meanwhile, debt sold by energy firms with weaker balance sheets has underperformed slightly this month, with risk premiums on the Bloomberg Barclays index of high-yield energy ticking up by 42 basis points versus a 36-basis-point rise in the broader high-yield index.

The “shale industry has certainly some sweet spots as they call them but it has also a lot of places where extraction is not economically viable,” said Scacciavillani. “That, as we go ahead, will put a certain strain on the shalers and we’re going to see retrenchment in production.”