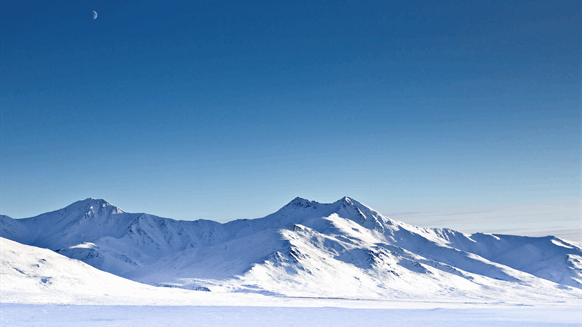 Following an executive order from U.S. Secretary of the Interior Ryan Zinke, the U.S. Geological Survey (USGS) is in the process of generating updated assessments of the oil and gas resources on Alaska’s North Slope in what could be the precursor to an exploration and development boom on federal lands that have mostly been off-limits to the industry.

The May 31 executive order has renewed a sense of hope for opening currently off-limit areas of the National Petroleum Reserve – Alaska (NPRA), and opening the 1002 Area of the Arctic National Wildlife Refuge (ANWR), which has been tightly closed to the industry since the 1980s, to exploration.

As older oilfields such as Prudhoe Bay, the Kuparuk River and the Alpine have long since reached their production peaks, the state of Alaska has been anxiously watching the steady decline of oil through the Trans-Alaska Pipeline System (TAPS) over the last three decades – peaking in 1988 at 2.1 million barrels of oil per day to today’s roughly 500,000 barrels.

While it has long been speculated that off-limit areas in NPRA and the 1002 Area in ANWR have the potential for major discoveries of hundreds of millions or billions of barrels of oil, decades of legislation and land management policies have kept them closed to the industry to varying degrees, said David Houseknecht, USGS senior research geologist who is overseeing the North Slope assessments, to Rigzone.

Yet recent, headline-making discoveries on the North Slope by Armstrong Oil & Gas, Inc., ConocoPhillips Alaska and Caelus Energy Alaska have sparked excitement in the Last Frontier State. All lie within a major fairway stretching from the Colville River Delta to the western coast of Smith Bay. If areas that are currently off-limits to leasing near Teshekpuk Lake in NPRA open up, that could be the catalyst to the next energy boom in Alaska, Houseknecht said.

“These recent discoveries have been in stratigraphic traps primarily in the Nanushuk and Torok formations,” he said, explaining that 3-D seismic is essential for identifying the subtle plays. As the USGS works to provide updated resource assessments of NPRA, Houseknecht is in the process of acquiring 3-D seismic data to paint a more accurate picture of the area. He also is working to reprocess existing 2-D seismic data taken in ANWR in the mid ‘80s, re-examine the limited well data gathered near ANWR and conduct field work this summer. He anticipates that assessments will be completed within the next couple of years.

At this point, it is unclear whether the DOI will wait for the updated assessments or move forward with a fast-track lease sale in NPRA.

The most current assessments of NPRA and ANWR date back to 2010 and 1998, respectively, with the ANWR assessment severely lacking information to produce even remotely accurate estimates of its resources.

“We should be able to know the resource opportunities in this part of the world, and we have not been able to explore what’s in the ground. We can’t provide that information,” said Andy Mack, commissioner of the Alaska Department of Natural Resources, to Rigzone. “We need to use our energy resources to advance the country’s interest, and I think Alaska is an excellent place to do that because of the amount of energy in these areas. We have safely explored and produced on the North Slope in the past without any harm to the environment, and that was a remarkable feat. I think we can do that again.”

With a Republican-controlled House and Senate and a president whose no-holds-barred approach to the industry has unleashed a wave of optimism among operators, many believe that Alaska can brightly shine on the industry’s maps once again.

“After the last administration spent eight years systematically closing off access to the Arctic, this executive order puts us back on track to explore and ultimately produce prolific resources in that region,” said U.S. Sen. Lisa Murkowski of Alaska in a press release. “This secretarial order is exactly the type of announcement that so many Alaskans have been asking for: a smart, timely step to restore access to our lands, throughput to our Trans-Alaska Pipeline, and growth to our economy under reasonable regulations that do not sacrifice environmental protections.”

Earlier this year, Murkowski introduced a bill to the House and the Senate calling for the opening of ANRW to exploration.

The executive order, intended to jump start Alaskan energy production, including areas along the Outer Continental Shelf (OCS), calls for the “lawful review and development of a revised Integrated Activity Plan for the NPR-A that strikes an appropriate statutory balance of promoting development while protecting surface resources” and “efficiently and effectively maximizing the tracts offered for sale during the next NPR-A lease sale,” which has not yet been announced.

North Slope Borough Mayor Harry Bower, Jr., an Inupiat whaling captain, supported the executive order stating publicly that his residents “recognize the importance of oil and gas to our local economy” and that he believes the industry will work responsibly by “protecting our wildlife and our subsistence way of life.”