Ten Sailors Missing After US Warship, Tanker Collide Near Singapore 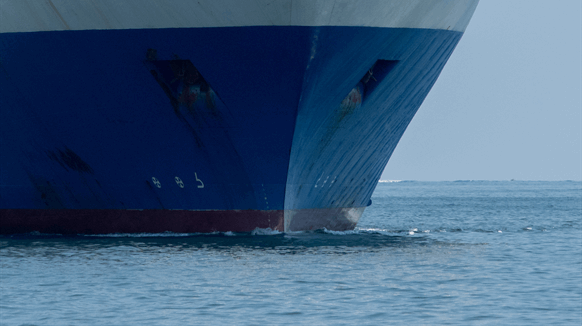 Ten US sailors were missing after a US warship collided with an oil tanker east of Singapore before dawn on Monday.

SINGAPORE, Aug 21 (Reuters) - Ten U.S. sailors were missing after a U.S. warship collided with an oil tanker east of Singapore before dawn on Monday, tearing a hole beneath the waterline and flooding compartments that include a crew sleeping area, the U.S. Navy said.

U.S. Defense Secretary James Mattis said there will be a wider investigation into U.S. naval operations after the collision between the guided-missile destroyer USS John S. McCain and the tanker Alnic MC, the second involving a U.S. Navy destroyer and a merchant vessel in Asian waters in little more than two months.

The ships collided while the U.S. warship was heading to Singapore for a routine port call, the Navy said in a statement.

The destroyer had made its way to Singapore's Changi Naval Base by Monday afternoon under its own power.

Significant damage to the hull had resulted in flooding to compartments, including crew berthing, machinery, and communications rooms, the Navy said, but crew members were able to stop the flooding.

Four of the injured were taken by helicopter to hospital in Singapore with non-life threatening injuries. The fifth needed no further treatment.

The USS John S. McCain's sister ship, the USS Fitzgerald, almost sank off the coast of Japan after it was struck by a Philippine container ship on June 17. The bodies of seven USS Fitzgerald sailors were found in a flooded berthing area.

Mattis told reporters in Amman, Jordan, there would be a broader investigation into U.S. naval operations. "The chief of naval operations' broader inquiry will look at all related accidents at sea, that sort of thing. He is going to look at all factors, not just the immediate ones," he said.

Collisions between warships and other large vessels are extremely rare, with naval historians going back more than 50 years to find a similar incident.

A search-and-rescue mission was underway for the sailors missing from the USS John S. McCain involving Singaporean ships, helicopters and tugs, as well as U.S. Navy aircraft.

Reuters video footage from the Singapore Strait showed an area of impact about 6 metres (20 ft) wide in the John S. McCain's port side.

The U.S. Navy said the amphibious assault ship USS America had arrived to provide messing and berthing for crew of the USS John S. McCain. It would support the search for the missing and divers to assess the damage.