Why Would Oil Demand Peak, Contrary to Peak Oil Supply? 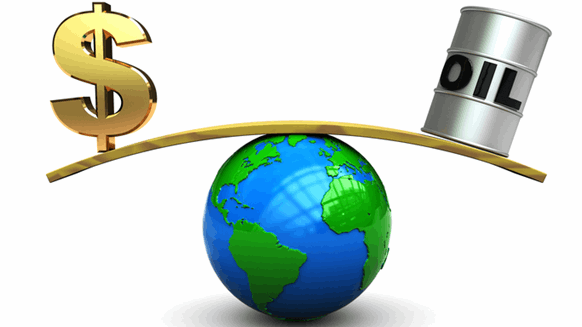 People find it hard to believe that there is another side of the 'Peak Oil Supply' theory, which is 'Peak Oil Demand'.

Going back in history, the term “peak oil” was originally coined in the 1950s by M. King Hubbert who predicted that the US oil production would peak in 1970, and decline at the same rate as it arose. But in the history of the petroleum era, Matt Simmons will be remembered for calling attention to peak oil.

The world is better off today than it was in the 1950s, contrary to the predictions of Peak Oil. The speedy technological advancements in 3-D, horizontal drilling, fracking and multi-completion has challenged the concept of Peak Oil. Since the middle of 2014, oil prices have been falling and reached $30 in January 2016, and are now hovering around $50/bbl. One obvious reason for this is the US shale oil and shale gas boom. We have witnessed a new supply stream that was previously locked under the huge shale basins around the world due to very low permeability, but is now available to meet global oil demand. The unlocking of these huge shale oil and gas and conventional discoveries in new frontier basins was possible due to technological advancements â horizontal drilling and fracking techniques. No one is talking about the peak oil supplies; rather, there is a debate going on as to when oil demand will peak.

Contrary to peak oil supplies, peak oil demand is based on the assumptions of continuous technological improvements. It is also based on the fact that technological advancements are not only taking place in oil and gas industry, but also rapidly improving in other competing sources of energies like renewables.

Additionally, drastic structural changes in the auto-industry will hamper oil demand. Electric vehicles will be replacing ICEs. The vast availability of autonomous electric taxis will reduce the need to own personalized vehicles. According to a study done by Tony Seba, global oil demand will peak at 100 million barrels per day by 2020, dropping to 70 million barrels per day by 2030. An article published by Andreas and Salman (Wake up call for oil companies: electric vehicles will deflate oil demand) forecasts that EV’s will displace about 14 MMbd under reference case and 39 MMbd under high case in 2040.

Oil demand already peaked in North America in 2005 and Europe & Eurasia in 1979. Therefore, one argument against peak oil demand is that the fastest growing economies will need more energy, such as China, India and other emerging economies. This is why the concept of peak oil demand may never really happen, even beyond 2050. Such advocacy is based on the premises that these countries will do nothing to address the environmental issues and to honor their commitments to the Paris Accord.

Why would oil demand will peak?

In our opinion, oil demand will peak due to environmental commitments, the transformation of auto-industry and penetration of renewables.

At the end of 2016, cumulative global wind power generation capacity increased to 486 gigawatts (GW), up from 24 GW in 2001. The substantial growth in renewable energy is associated with improvements in technology and falling cost. China’s wind energy capacity increased to 168 GW in 2016 up from 7 GW in 2007.

Solar capacity also increased to 200 GW in 2015 and within the next 4 years, BSW-Solar expects global solar PV capacity will more than double. According to BNEF, by the 2030s, wind and solar will be the cheapest forms of electricity in most of the world.

One ongoing initiative that will push peak oil demand realization is the push for electric vehicles. France & UK will ban all petrol and diesel vehicle by 2040 in favor of EVs and hybrid vehicles while Volvo is phasing out cars that every new model launched from 2019 will be an electric. Similar initiatives have been taken by other automakers. Electric vehicle sales in China jumped 70 percent last year.

The peak oil supplies never occurred due to the dynamic nature of oil and gas industry and continuous advancements in technology. The world in 2017 is much better than the one in 1950s. Both oil and natural gas reserves and life expectancy have improved despite substantial increases in production and consumption. Horizontal drilling, 3-D, multi-completion and hydraulic fracturing allow the recovery of oil and natural gas resources (shale, coal bed methane, and tight formations) which otherwise were uneconomical to produce.

On the other hand, “Peak Oil Demand” will likely to happen during the next 10-15 years, driven by continuous improvements in technology in renewable sources of energy, penetration of EVs, autonomous vehicles, energy efficiency, and environmental pressure of the Paris accord. There is no doubt that like coal, oil demand would peak, but there is a diversion of opinion about its timing. Some believe that peak oil demand may hit in 2025, others believe in 2040, while others think that even it may not hit beyond 2050.

Robert  |  August 22, 2017
The peak oil discussions that were more scientific and less sensational were about the end of cheap easy oil, not about running out of oil. It has long been recognised there is abundant sources of hydrocarbons that can be converted to conventional liquid fuels it has just been a mater of costs. The world went through the first peek in 2006-08, before this oil was $10-$30 barrel then prices rose and all sorts of new extraction started , oil sands and shale. Post peak oil is around $50 plus or supply is shut in on new supplies. As the cost of oil increases alternate sources of power become competitive and oil will loose market share. As new technologies are developed they will become cheaper, i.e. shale drilling and fracking is cheaper now just like solar and wind is becoming cheaper. It is simple economics. However if the total cost of energy increases then world growth and standard of living improvements will slow so we should be working to get the lowest cost mix of energy generation and storage.
Shane  |  August 21, 2017
The bigger threat to the oil industry in the next 1o - 15 years will be the improvements in the internal combustion engine. Reduction in fuel consumption due to technology have been considerable. This will have a bigger impact in the short term than EVs.
Charles Daly  |  August 18, 2017
Never underestimate the speed of technological change. If a battery capacity breakthrough occurs then the change to solar and wind energy will accelerate exponentially. Peak oil demand could then be just around the corner. I am glad that my career is coming to a close after 51 years riding the demand curve.
anton  |  August 18, 2017
Oil is needed to manufacture EVs. Also, they cant be used in many roads worldwide.
CW Minshew  |  August 17, 2017
Peak oil demand is a concept that assumes that there will be few entrants in the world economy that will demand more oil products. Indeed, IF governments insist on funding the alternatives to crude products; wind, solar, plug ins, then perhaps we are at peak. However, the alternatives ALL must be subsidized-they are not economic alternatives without exterior financing. ALL alternatives cost more than the fossil competitor; it is the ridiculous government policy to promote these higher costs; at the expense of the fossils. Long term, restrict government spending, cheaper fossil fuels increase.
Most Popular Articles