Amid Skepticism, Nigeria Continues to Move Forward to Revamp its Government 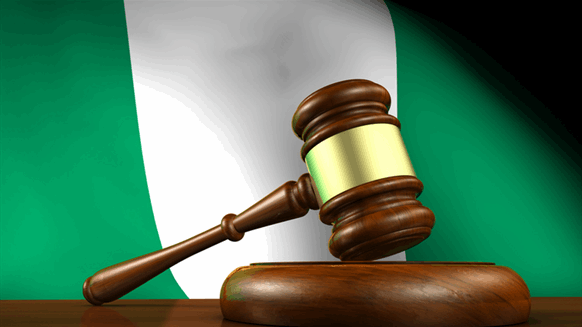 While the country of Nigeria is taking concrete steps toward a more accountable and transparent oil and gas sector – by most recently passing an oil governance bill through its Senate in May – some in the industry are waiting for time to reveal the country’s true investment potential.

“Nigeria ranks very high on the corruption list, and it is trying to get rid of that situation. This bill sends a strong message that this era of corruption is over, and the government can no longer hamper the way industry does business,” said David Blanchard, immediate past president of the Africa Region for the American Association of Petroleum Geologists, to Rigzone. “The bill is a step in the right direction, but naysayers are saying, ‘Show me it’s going to work’. I think that’s a valid comment.”

Seventeen years in the making, the Petroleum Industry Governance Bill proposes to change the way the nation’s energy sector is regulated and funded to help the nation prosper. The ultimate goal is to entice indigenous companies and international operators to invest in its bountiful resources without trepidation.

The bill proposes to break up the state oil company into commercial entities, which would be governed by an independent regulatory body, and to create a fund that would ensure the distribution of petroleum products throughout the federation and provide funding for new infrastructure. The newly created entities would include the Nigeria Petroleum Assets Management Company, the National Petroleum Company and the Nigeria Petroleum Liability Management Company.

The idea behind the bill is to remove the concentration of power that has long been in the hands of the National Nigerian Petroleum Company and the country’s petroleum minister and to implement a checks and balances system, explained Geoff Onuoha, chairman and CEO of the Nigerian-based service company BG Technical Ltd., to Rigzone.

The bill must still receive approval in the House and by President Muhammadu Buhari.

While it appears that the country is moving in a positive direction, some remain leery in the wake of decades of corruption and mismanagement.

“Progress being made is a positive thing. People want something done,” Onuoha said. “On the other hand, we don’t want to fool ourselves. All of the issues are not totally resolved, such as the fiscal terms in the industry and the types of production-sharing contracts. Everyone is pleased, but they are cautious at the same time.”

If passed, both international and indigenous oil companies could be encouraged to explore in Nigeria by laws that promote contract transparency and regular payments while simultaneously condemning bribery – all of which could lead to a renewal of production in the country.

Oil companies “will be free to run and not always waiting for the government to pay them,” Onuoha said. “It would unshackle the industry.”

Having operated in Nigeria for more than 20 years, Onuoha knows firsthand the difficulties that exist. Many partners involved in joint ventures with the Nigerian government often find that payments from production come infrequently and unpredictably. He attributes this to the government putting production proceeds into its own coffers and often mismanaging the funds.

“The operators have had to hope that at some point they will be paid, that the money is going to come,” Onuoha said. “But sometimes they have to make cash calls.”

Over the years, many operators have pulled out of the oil-rich country with no hint of returning until meaningful changes are made, said Sunny Oputa, CEO of Energy & Corporate Africa, to Rigzone. Local companies have been stifled as well, he added. According to a report by Africa Oil & Gas, the top 20 of Nigeria’s roughly 75 indigenous oil companies have a combined production capacity of 865,229 barrels per day.

Meanwhile, the government has been caught between “the devil and the deep blue sea” in negotiating the current bill with investors and the Nigerian people, who also want to reap the benefits of their resources. With the passage of the bill, Oputa believes the country is on the right track.