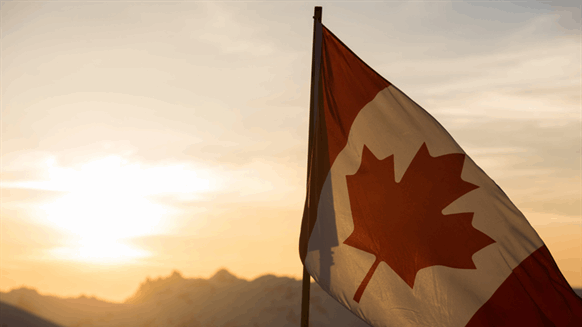 Petronas' decision to cancel its Pacific NorthWest LNG project is a blow to the growth outlook for Canada's largest shale play.

Gas from the Montney shale play in western Canada would have supplied the C$36 billion ($28.7 billion) project in northern British Columbia. The project, majority-owned by Malaysia's Petronas, would then have shipped 12 megatonnes per year of liquefied natural gas to Asia.

Instead, state-owned Petroliam Nasional Bhd (Petronas) subsidiary Progress Energy will keep developing and selling gas from its vast Montney position into a North American market where prices have been languishing at historically low levels.

Any increase in production from Progress, which holds the largest land position in the Montney, will weigh on prices in western Canada, while the loss of a major source of demand means much of the play's potential could go untapped.

"The Montney resource is huge and with significant market demand you could see a doubling of production," said Mark Pinney, manager of natural gas markets and transportation at the Canadian Association of Petroleum Producers.

"But without LNG growth it won't be anything like as dramatic. It's a missed opportunity."

CAPP estimates the Montney, which covers 50,000 square miles of northeastern British Columbia and northwestern Alberta, currently produces around 4 billion cubic feet a day (Bcf/d) of natural gas and even without LNG will grow to around 5 Bcf/d.

The Montney still remains one of the top shale plays in North America. Producers like NuVista Energy and Seven Generations Energy have secured capacity on export pipelines to markets across North America like the Dawn hub in Ontario, Chicago and the U.S. Gulf Coast.

But a glut of gas and plans by Progress to keep selling into an over-supplied market instead of to Asia will keep pressure on prices, particularly at the AECO hub in Alberta.

"Any exports off our shores help the supply-demand balance," Advantage Oil and Gas Ltd Chief Executive Officer Andy Mah said. "If just one of these projects got off the ground, there would be opportunities to find more markets and that would help Canadian producers."

Progress currently produces between 700 and 750 million cubic feet equivalent of natural gas per day and expects to maintain those levels until the end of 2018, spokeswoman Eryn Rizzoli said. Beyond that, output will depend on market access and price, she said.

The key pipeline for Progress will be TransCanada Corp's proposed North Montney Mainline project, scheduled to start up in April 2019 subject to regulatory approvals.

"They cannot ramp up production until the North Montney pipeline comes in. Assuming that happens they do have the potential to increase supply and that could cause prices to weaken" said ARC Financial analyst Jackie Forrest.

Daniel Robinson  |  August 07, 2017
I have worked in the Alberta patch 30 years, with our provincial and federal governments we have and with the prices of resources today and into the future Canada is and is turning into a has been industry. I am not an expert but i seen this coming long ago and have a hard time believing our place in the world is going to change any time soon. Maybe when the country is in a worse recession and with a new government this will change. BUT i doubt it.!!
RELATED COMPANIES
Company: PETRONAS more info