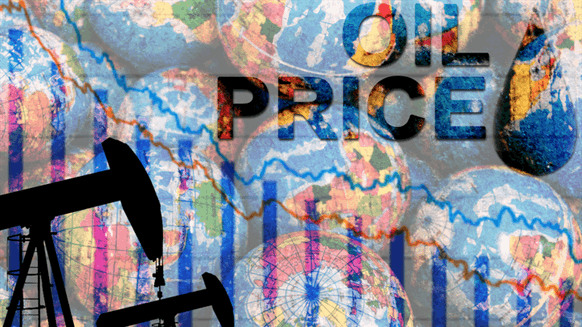 Oil producers who for years tracked top OPEC member Saudi Arabia to help set the price of their crude could now be looking to go solo.

(Bloomberg) -- Oil producers who for years tracked top OPEC member Saudi Arabia to help set the price of their crude could now be looking to go solo.

With $100 oil a distant memory and U.S. crude eating into their share of prized markets, they are seeking new ways to assess if their supply may be worth more -- a prospect that’ll help prop up their battered economies. Iraq’s state oil marketing company and Malaysia’s government-run producer are auctioning off cargoes on the Dubai Mercantile Exchange this year for the first time as sellers look to gauge demand by analyzing bids and buyer interest.

By sending crude under the hammer, sellers are hoping potential buyers will outbid each other and boost the value of their oil. In more common methods such as tenders or private negotiations, prospective customers can’t top an opposing offer even if they are willing to because they may not be aware of it. Information gleaned from auctions is seen helping producers set monthly official prices for shipments under long-term contracts, which is how most of their crude is supplied.

“The purpose is not only to secure the best price, but the seller gets access to all this market intelligence that nobody sees,” said John Driscoll, chief strategist at JTD Energy Services Pte. “They see how many buyers are participating, how aggressive they are and whether they are willing to improve their price. Sellers are getting a much more indicative and reliable gauge of the market for the crude through this process.”

Iraq’s state oil marketing company, known as SOMO, conducted its first-ever auction in April, when it sold two million barrels of Basrah Light grade for June loading. The company has sold another four million barrels each of Basrah Light and Basrah Heavy since, with its most-recent sale attracting 17 bidders and 25 bids in a two-minute window. The September-loading heavy cargo was sold at $1.37 a barrel more than its official price, a bigger premium than for an August shipment.

The relatively higher price signaled healthy demand for the variety as Saudi Arabia, the world’s biggest oil exporter, focuses on curbing medium-heavy crudes as part of a pact with other producers to rein in the global glut. It also contributed to a rise in Iraqi official prices against competing Saudi Arabian grades, according to a Bloomberg survey of five traders who participate in the Middle East oil market.

“Middle Eastern producers have traditionally referenced Saudi Arabia’s official prices when setting their monthly offer prices,” said Driscoll, who has spent more than 30 years in the petroleum trading industry in Singapore. “As Saudi Arabia now tries to rein in a global oil glut with its own independent strategy, other producers may be more inclined to find alternative ways to value their barrels.”

Through its sale on the DME, SOMO received an independent assessment of the value of its crude, which it can use to set its official selling price, he said.

Last month, SOMO reduced its official selling price for Basrah Light by a smaller margin than Saudi Arabia cut its similar-quality Arab Medium. Iraq also increased the cost of Basrah Heavy by more than Arab Heavy was raised. The spread between Basrah Light and Arab Medium has widened to its highest level since September 2012, while the discount of Basrah Heavy to Arab Heavy has narrowed to the smallest in six months.

Still, it’s not always viable for producers to sell their supplies via auctions. Some cargoes from Kuwait, for example, are restricted in terms of where they can be shipped. That means buyers would be limited in their ability to transport the crude. Some suppliers could also have requirements related to credit and legal terms that participants cannot meet. Additionally, sellers may not have the option to auction because they have already committed all their volumes under long-term contracts.

Under the DME’s guidelines, sellers provide details on the type of crude, quantity, delivery and other specifications such as the floor price, date and duration of the auction. Buyers who’ve registered with the exchange can participate. While the process -- conducted via an electronic platform -- doesn’t reveal the identity of those participating, their real-time price offers are available for everyone to see and outbid.

“The auction will accomplish in a few minutes what could take hours or even days during a traditional tender process, and potentially reach a much wider base of counterparties and a fair access to spot cargoes to all term lifters and customers,” said Mayssam Hamadeh, head of marketing at DME. “Additionally, the audit trail provided by an electronic auction process is increasingly important to many companies.”

Auction sales also help producers unload cargoes relatively quickly if they become available because of unexpected incidents such as refinery outages. Offering crude via auctions is also part of their effort to enhance their trading expertise and become more nimble as competition increases in an oversupplied market. National oil companies such as SOMO and Kuwait Petroleum Corp. are entering into partnerships with international trading houses.

Brent crude, the benchmark for more than half the world’s crude, was trading at $52.54 a barrel in London by 6:36 p.m. Singapore time. West Texas Intermediate, the U.S. marker, was at $49.76 in New York. Both are still more than 50 percent below their 2014 peaks as the market oversupply persists.

“Traditional marketing approaches from the Middle East is going to start to evolve into a more trading practice,” said Richard Gorry, managing director at industry consultant JBC Energy GmbH. “With producers now looking to auction off more cargoes into a trader market, they feel that they may better understand the value of their crude oil.”