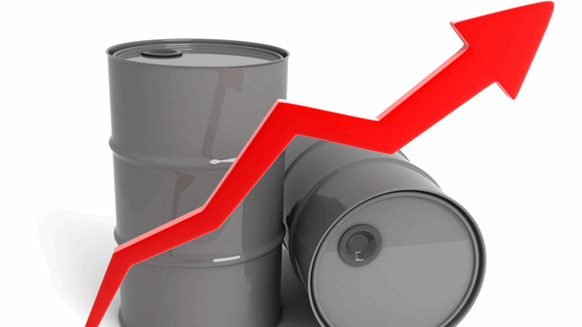 Europe's smaller oil producers are more optimistic about the market than they have been for the past couple of years as a significant reduction in hedging shows they are betting on higher prices.

LONDON, July 31 (Reuters) - Europe's smaller oil producers are more optimistic about the market than they have been for the past couple of years as a significant reduction in hedging shows they are betting on higher prices.

Oil producers typically sell ahead a sizeable part of future production to protect themselves against a sudden drop in prices. Lower hedging means they are more exposed to the downside, so if prices fall they risk a heavy blow to revenue.

But volatile crude oil trading in the second quarter with prices averaging below $50 a barrel meant they have been reluctant to lock in future sales at these weak levels, betting on a rebound in prices instead.

"We're a bit underhedged for 2018 because we obviously hoped for a better oil price recovery that would have meant putting in place more hedging," Tony Durrant, chief executive of North-Sea focused Premier Oil, told Reuters.

He said Premier Oil, which is currently producing more than 80,000 barrels of oil per day, has hedged less than 10 percent of its combined oil and gas output for 2018.

This is a significant drop from its year-ahead position at the same time in 2016 when it had hedged 30 percent of its combined oil and gas output.

Premier Oil's reluctance to fix future prices is reflective of an attitude also taken by its peers in the sector.

Rival Tullow Oil, which also produces more than 80,000 barrels per day but mainly in west Africa, has gone as far as scrapping its policy to hedge two years ahead. Tullow has also reduced its year-ahead hedging percentage to 30 percent from 40 percent.

"We've tweaked the policy partially due to the change in the shape of the forward curve in oil pricing but also due to our flexibility in our capital commitments," Tullow CEO Paul McDade told Reuters.

The company has slimmed down its capital expenditure (capex) to $400 million this year compared with $900 million last year and $1.7 billion in 2015 as it has brought on stream its large new oil fields offshore Ghana.

The fact that Tullow has less of a need to forward sell production from new fields starting up has made its move to lower hedging much easier.

North Sea producer EnQuest is in a similar position.

Its Kraken oilfield, which is expected to deliver a peak rate of 50,000 barrels per day, started producing in late June, meaning the company was hedged more heavily in the first half of the year in anticipation of the new oil.

"We are less hedged in the second half compared to the first half," CEO Amjad Bseisu told Reuters, adding the company had hedged 6 million barrels for this year at an average price of around $51 a barrel.