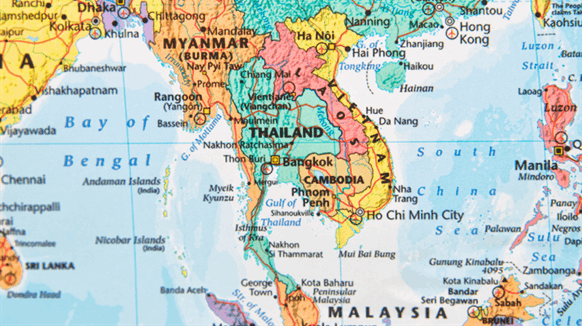 China's Foreign Ministry has urged a halt to oil drilling in a disputed part of the South China Sea.

BEIJING, July 25 (Reuters) - China's Foreign Ministry has urged a halt to oil drilling in a disputed part of the South China Sea, where Spanish oil company Repsol had been operating in cooperation with Vietnam.

Drilling began in mid-June in Vietnam's Block 136/3, which is licensed to Vietnam's state oil firm, Spain's Repsol and Mubadala Development Co of the United Arab Emirates.

The block lies inside the U-shaped 'nine-dash line' that marks the vast area that China claims in the sea and overlaps what it says are its own oil concessions.

Foreign Ministry spokesman Lu Kang said China had indisputable sovereignty over the Spratly Islands, which China calls the Nansha islands, and jurisdiction over the relevant waters and seabed.

"China urges the relevant party to cease the relevant unilateral infringing activities and with practical actions safeguard the hard-earned positive situation in the South China Sea," Lu said at a regular briefing, when asked if China had pressured Vietnam or the Spanish company to stop drilling.

He did not elaborate.

This week the BBC reported that Vietnam had halted drilling there after Chinese threats, but there was no independent confirmation and neither Vietnamese officials nor Repsol made any comment on the report.

Thomson Reuters data showed the drilling ship Deepsea Metro I was in the same position on Monday as it had been since drilling began on the block in the middle of June.

An Indonesian naval ship that passed there on Saturday reported that three coastguard vessels and two Vietnamese fishing boats were nearby and there was no sign of trouble.

The Norwegian drilling ship operator, Odfjell Drilling Ltd. , did not respond to an emailed request for comment.

China claims most of the energy-rich South China Sea through which about $5 trillion in ship-borne trade passes every year. Brunei, Malaysia, the Philippines, Taiwan and Vietnam also have claims.

China's naval build-up and its increasingly assertive stance over disputed territory in the South China Sea have unnerved its neighbours.

The United States has criticised China's construction of islands and military facilities there, concerned they could be used to restrict free movement and extend Beijing's strategic reach.

(Reporting by Michael Martina in Beijing and Matthew Tostevin in Bangkok; Editing by Clarence Fernandez)

Neil  |  July 28, 2017
P&A, prepare for rig move. Damn China.
john court  |  July 27, 2017
If theres a country willing and able to deal with China in the South Chinas Sea, its Vietnam. Lets hope the other interested parties line up behind them.
RELATED COMPANIES
Company: Repsol more info