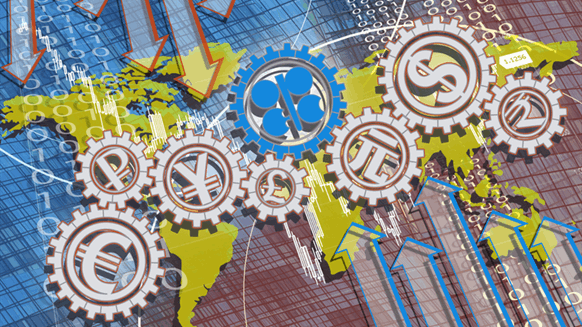 OPEC has agreed with several non-OPEC producers led by Russia to cut oil output by a combined 1.8 million barrels per day (bpd) from January 2017 until the end of March 2018.

OPEC states Libya and Nigeria were exempted from the limits to help their oil industries recover from years of unrest.

The deal to curb output propelled crude prices above $58 a barrel in January but they have since slipped back to a $45 to $50 range as the effort to drain global inventories has taken longer than expected.

Rising output from U.S. shale producers has offset the impact of the output curbs, as has climbing production from Libya and Nigeria.

A ministerial committee of OPEC and non-OPEC states that monitors the global oil pact said it had agreed Nigeria would join the deal by capping or even cutting its output from 1.8 million bpd, once it stabilises at that level from 1.7 million bpd recently.

The monitoring committee, known as JMMC and which met in the Russian city of St Petersburg, did not give the timeframe for when this would happen, saying it would track Nigerian production patterns in the next weeks.

The committee did not back capping Libyan output as it said its production was unlikely to exceed 1 million bpd in the near future compared to its capacity of 1.4 million-1.6 million bpd before unrest erupted in 2011 and plunged the nation into chaos.

Brent oil prices rose about 1 percent at about $48.50, helped by news of a cap on Nigeria and by comments from Saudi Energy Minister Khalid al-Falih that the kingdom's exports would fall to 6.6 million bpd in August as demand at home was rising, effectively representing a cut of 1 million bpd year-on-year.

He said global stocks had fallen by 90 million barrels, but were still about 250 million barrels above the five-year average for industrialised nations, which is the level OPEC and non-OPEC states are targetting with their output curbs.

"We must acknowledge that the market has turned bearish with several key factors driving these sentiments," Falih told the meeting of the monitoring committee.

Falih said weaker compliance with cuts by some OPEC states and a rise in OPEC exports had led to a softer crude price.

Saudi Arabia and Kuwait have cut more than they pledged but others, such as the United Arab Emirates and Iraq, have shown relatively weak adherence to the limits.