US Owns 700 Million Barrels of Oil. Trump Wants to Sell It 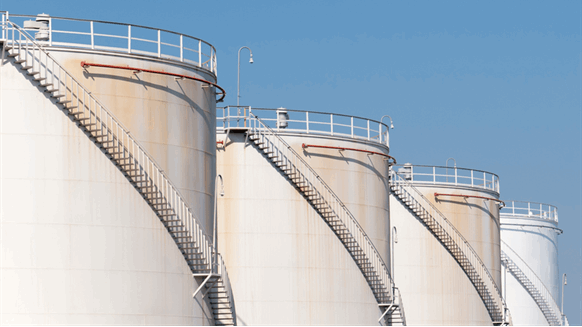 President Donald Trump wants to sell part of the reserve.

(Bloomberg) -- The weather was hot and humid on July 21, 1977, the day the U.S. government began stockpiling oil. It started small. Just 412,000 barrels of Saudi Arabian light crude stashed in a Southeast Texas salt cavern. In the wake of the Arab oil embargo, which sent prices through the roof and forced Americans to ration gasoline, creating a national reserve seemed like an obvious way to protect U.S. consumers from global supply shocks.

“It’s hard to imagine if you weren’t there,’’ said John Herrington, the Energy secretary under President Ronald Reagan, who pushed to expand the reserve in the 1980s. “We were lining up at gas stations. We were turning down our thermostats.’’

Forty years later, the world has changed, and Washington is torn on whether the Strategic Petroleum Reserve has outlived its usefulness. The U.S. is awash in crude, imports are declining, yet the stockpile remains the largest in world, ballooning to nearly 700 million barrels of crude, enough to offset U.S. production for more than two months, stored in some 60 caverns in Texas and Louisiana.

In light of these changes, Herrington’s position has shifted. “I don’t see the need for a petroleum reserve now,’’ he said.

The government is far from united on the matter. The Energy Department this year kicked off a $2 billion, multiyear effort to upgrade the reserve and improve its ability to distribute oil during an emergency. President Donald Trump, on the other hand, wants to sell part of the reserve, a plan that lawmakers for now have ignored. So the hoard, and the salt caves, remain.

The caverns themselves are a marvel. For all the disputation in Washington, the place is eerily quiet. At Bryan Mound, about 60 miles south of Houston, the salty breeze from the Gulf of Mexico rustles through knee-high sea grass.

Bryan Mound is the largest of four reserve locations on the coast of Texas and Louisiana, able to hold about 247 million barrels of crude underground.

On the surface is a blue sign identifying Cavern 5 and a patch of cement. Two thousand feet (610 meters) below, a sprawling cave begins to open. Originally created by underground sulfur mining, the cavity twists and bloats another 2,000 feet down. Cavern 5 can hold about 37 million barrels of oil, the largest single accumulation of stored oil anywhere in the world.

The caverns are more cost-efficient than smaller above-ground storage tanks. When oil is pumped in, the saltwater is pushed out. To empty the oil, workers simply pump the saltwater back in.

Congress has, in recent years, ordered the Energy Department to sell 190 million barrels of oil to fill government budget holes, but it hasn’t authorized the agency to replace it. That means that by 2025, the stockpile will be 27 percent smaller. Such a drop in volume could warrant closing some reserve sites, according to Guy Caruso, former chief of the Energy Information Administration.

The agency this year completed two of more than a dozen planned sales of reserve oil, auctioning off about 16 million barrels. A January auction brought in an average price of $51.46 a barrel, while a March sale cleared an average of $45.42 a barrel, according to the Energy Department. The drawdowns have brought the current inventory down to 679 million barrels as of July 14.

Proponents of maintaining the stockpile argue that the U.S. is not immune to price volatility, in spite of rising domestic production and declining imports.

“We’re still vulnerable,’’ said Robert McNally, former energy adviser to President George W. Bush and the president of the Bethesda, Maryland-based consulting firm Rapidan Group. “It’s short-sighted and deeply unwise to assume that today’s energy circumstances will be the same over the next few decades.’’

Nancy McDonald  |  July 25, 2017
Why sell now when prices are so low? I am surprised such an astute business man would make such a decision.
Darcia Cowart  |  July 21, 2017
Sell half of it off. We are drilling aggressively in West Texas. Its said to be the largest deposit next to the Saudi fields. Surplus keeps the cost of a barrel down. That may sound good to the general public filling their tanks for the week. But to those who have been laid off in the Oil and gas industry due to weak profits, its a reminder that their career choice is not stable and may always be a hit and miss. Sell some off, increase demand, prices rise and the world stabilizes. If several companies can drill because the profit margin is strong enough to invest then we have more options to buy from world wide. Small countries are not held hostage to do the biddings of a Iran type nation in order to survive. Good for all all the way around.
Russell  |  July 21, 2017
Let the price of oil itself dictate what to do. If reserves are sold off can the oil be replaced at a lower price?