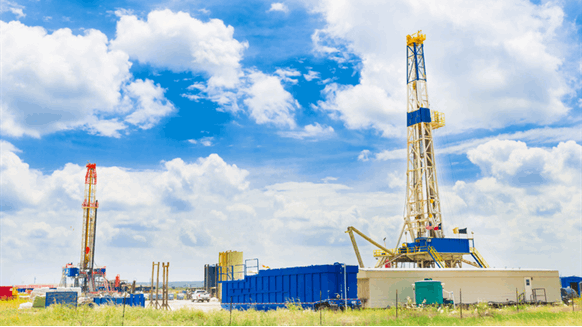 The problem is concentrated in the Permian Basin of Texas and New Mexico.

LONDON, July 18 (Reuters) - U.S. oil and gas exploration and production companies are drilling new wells faster than they can be fractured and hooked up to gathering systems, creating a growing backlog of drilled but uncompleted oil and gas wells.

By June, the number of drilled but uncompleted oil and gas wells across the seven largest shale plays had topped 6,000, according to estimates from the U.S. Energy Information Administration.

The estimated number of uncompleted wells across the seven plays has risen by more 1,000 since December 2016, the agency reported on Monday ("Drilling productivity report", EIA, July 2017).

The problem is concentrated in the Permian Basin of Texas and New Mexico, where the number of uncompleted wells has risen by more than 800 since December and more than 1,000 since June 2016.

In most other shale plays, the estimated number of drilled but uncompleted wells has been broadly stable over the last year (http://tmsnrt.rs/2tBi32e).

There are now almost 2,250 uncompleted wells in the Permian, up from an estimated 1,200 a year ago, and compared with 3,800 across all the other plays combined.

Since the Permian has accounted for more than 40 percent of the extra drilling rigs deployed countrywide over the last year, the concentration of uncompleted wells in the region is not surprising.

But the growing number of uncompleted wells represents an obvious imbalance and is ultimately unsustainable, so either the number of new wells drilled must slow or the completion rate must increase (http://tmsnrt.rs/2uDTreh).

The lengthening backlog mostly reflects the shortage of fracking and completion crews, though in a few cases it may reflect a strategic decision to delay bringing wells onstream to wait for higher prices.

However, drilling is expensive, using up corporate cash, and wells do not start earning a return until they start flowing, so in most cases there is an incentive to flow them as soon as practical.

There are some indications the number of rigs drilling for oil may be stabilising in response to the fall in WTI prices since February, which should help get the backlog under control (http://tmsnrt.rs/2u5jnhw).

But the large backlog of wells already drilled implies output will continue growing through the rest of 2017 and into 2018, which is likely to act as a cap on oil prices (http://tmsnrt.rs/2tBO9uG).

And the inventory overhang of uncompleted wells will add to instability if WTI prices decline further and force exploration and production companies to curb drilling programmes.

Jerry  |  July 19, 2017
It make sense to me that the US Oil lndustry might curtail drilling new Oil wells, until the fracking opporations catch up.