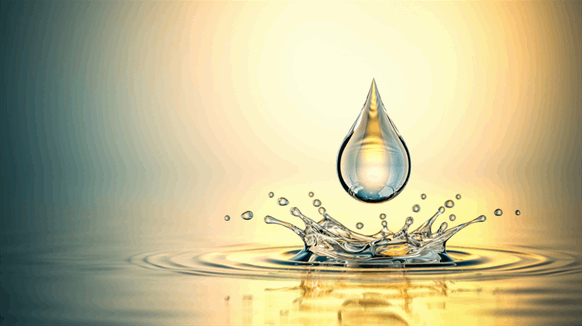 With the efficacy of OPEC-led cuts clearly in doubt, it would behoove cartel members to prioritize individual self-interest.

In the absence of any supply shock, oil markets will continue to be gripped by bearish sentiment for the foreseeable future. Many believe that the 1.8 million barrel per day production cuts led by the Organization of the Petroleum Exporting Countries (OPEC) have not measured up in terms of speed or substance to bring global supplies back into balance by sometime in 2018.

At the same time, the specter of unabated U.S. crude production growth in 2017 and 2018 has led many market observers to drastically reduce oil price forecasts – with some arguing that we are headed toward sub-$40 oil. Backing up these assertions is the fact that the U.S. rig count has climbed for 24 out of the past 25 weeks – to a total of 763. During the same time last year, there were only 351 active rigs in the U.S.

Despite these conditions, oil has traded up over the past four sessions – off data points that – at best – serve as weak indicators that crude markets are inching toward equilibrium. The first came on Tuesday with the release of the Energy Information Agency’s (EIA) closely watched Short Term Energy Outlook. In its monthly report, the EIA revised down estimates it made in June for U.S. crude production in 2018 – from 10 million barrels per day to 9.9 million barrels per day.

The U.S. and global benchmarks rose off the back of unexpectedly large draws to U.S. crude inventories Wednesday. In its Weekly Petroleum Status Report, the EIA reported that for the week ending July 7, U.S. oil stocks drew by 7.6 million barrels, versus analyst estimates of a decrease of about 3 million barrels.

According to the EIA, U.S. gasoline inventories also showed greater than anticipated drawdowns of 1.6 million barrels, versus estimates for a decrease of about 1 million barrels. With the net longs decidedly out of the market, and market fundamentals showing less than material improvement, oil prices should remain range-bound throughout the summer months.

Beyond the headline numbers, however, the EIA data contained more bearish data points, including an increase to weekly U.S. production of 59,000 barrels per day to 9.397 million barrels per day. At 495.4 million barrels, U.S. commercial crude supplies are above the average seasonal range and are .9 percent above levels during the same period of 2016. Compared to the same period last year, gasoline demand was down .3 percent for the week ending July 7.

Thursday, the front-month WTI contract settled on the NYMEX up 1.3 percent at $46.08 per barrel. The Brent front-month contract settled on the ICE up 1.4 percent at $48.42 per barrel. Oil prices gained off a report from the International Energy Agency (IEA) that showed accelerated global demand growth during the second quarter of 2017, representing an increase of 1.5 million per day over the same period last year.

The same IEA report also outlined mostly a bearish outlook for oil prices – raising doubts about the pace of draining the now 3-year long global oil supply glut. The IEA pointed to the reemergence of Libyan and Nigerian crude production and growing non-OPEC output as the main drivers for the builds to inventories. For the month of June, the IEA reported that OPEC hit its highest production level of the year – at 32.6 million barrels per day, an increase over May of almost 400,000 per day.

Although Saudi Arabia has stated that it will curtail its August crude export levels by 600,000 barrels per day, the fact remains that the Kingdom has been growing its production levels – ostensibly to meet domestic demand. For the month of June, according to the IEA, Saudi exceeded its OPEC quota, pumping over 10 million barrels per day.

Any positive effects from the OPEC-led production pullback have been fully priced in. There also does not seem to be the wherewithal among cartel members to compel Nigeria and Libya to join in the cuts. With the efficacy of the cuts clearly in doubt, it would make sense that each cartel member look after its own interests, and continue to expand individual country market share. Even while participating in the output cuts, Iraq and Iran have each been making inroads in both growing production and also building and deepening markets for their crude.

Geopolitical tensions between Saudi Arabia and Iran look set to escalate in the coming months – mainly along the Sunni-Shia divide. With Iraqi forces recently reclaiming Mosul from Islamic State – with considerable help from Shia militias, many observers of the region argue that Iran is in the ascendant – there is a clear line of influence now spanning from Tehran to Beirut. While proxy battles in Yemen and elsewhere will continue to be waged, the competition for oil market share between these OPEC members is likely to take center stage.