Aramco to Spend $300 Billion as CEO Frets About Oil Supplies 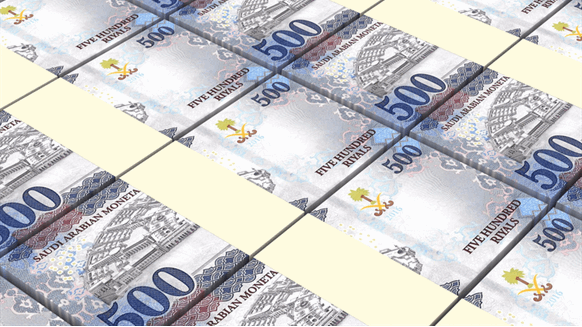 Saudi Aramco, which plans what could be the world's biggest initial public offering, will invest more than $300 billion over the next decade to maintain its spare oil-production capacity and explore for more natural gas.

(Bloomberg) -- Saudi Aramco, which plans what could be the world’s biggest initial public offering, will invest more than $300 billion over the next decade to maintain its spare oil-production capacity and explore for more natural gas, President and Chief Executive Officer Amin Nasser said.

The outlook for oil supplies is “increasingly worrying,” with about $1 trillion in investments lost during the current industry downturn and fewer new deposits being discovered, Nasser said at a conference in Istanbul. Some estimates suggest that at least 20 million barrels a day of new output is needed over the next five years to offset rising oil demand and the natural decline of developed fields, he said.

“There seems to be a growing belief that the world can prematurely disengage from proven and reliable energy sources like oil and gas, on the mistaken assumption that alternatives will be rapidly deployed,” Nasser said in a speech on Monday. The petroleum industry will be at the heart of global energy for years, and the transition to use of alternatives will be “long and complex,’ he said.

The state-run company known formally as Saudi Arabian Oil Co., the world’s biggest oil exporter, boosted production to an annual record last year before the kingdom led the Organization of Petroleum Exporting Countries and other producers to curb output to stem a global glut. Aramco is also at the heart of the nation’s long-term strategy to wean its economy off oil. The government plans to sell about 5 percent of the company in 2018 in what could be a record IPO.

Current oil prices won’t affect the company’s decision for a planned share sale, Nasser told reporters at the conference. Brent crude, the international benchmark, has slid 17 percent this year and was 5 cents higher at $46.94 a barrel at 7:10 a.m. in London.

“Financial investors are shying away from making much needed large investments in oil exploration, long-term development, and the related infrastructure,” Nasser said in his speech, putting part of the blame on what he said were “misleading arguments about peak oil demand and stranded resources.”

The volume of conventional oil discovered around the world over the past four years, for example, is down more than 50 percent from the previous four years, he said.

“Investments in smaller increments such as shale oil will just not cut it. Yet without those higher investment levels, the energy transition -- and therefore energy security -- may be fatally compromised.”

Some countries and automakers are starting to move away from fossil fuels for transportation, raising questions about future demand for oil. France plans to end the sale of gasoline- and diesel-powered vehicles by 2040 in a bid to become a carbon-neutral nation, and Volvo Car Group said last week it’s phasing out cars that rely on internal combustion engines.

“Looking at today’s energy mix, the expectations for alternatives are through the roof,” Nasser said. While acknowledging that electric vehicles are gaining in popularity, he said they currently make up less than two-tenths of one percent of the world’s 1.2 billion vehicles and were unlikely to account for more than 10 percent of the global fleet by 2030. Electric cars could make up 11 percent to 25 percent of all vehicles by 2040, IHS Markit Ltd. Vice Chairman  Daniel Yergin told the conference on Tuesday.

Aramco plans to spend $300 billion on projects over the next 10 years to maintain its spare oil production capacity, the biggest by far in OPEC, and boost exploration and output of conventional and unconventional gas, Nasser said.

“Three hundred billion dollars over 10 years is a strong statement for Saudi Aramco, especially against the backdrop of the current oil environment which has strained the Saudi budget,” said Will Hares, an energy analyst at Bloomberg Intelligence in London. “This may form a response to its concerns of a long-term supply deficit resulting from under-investment in the industry since 2014.”

Aramco’s capital investment program last year was its biggest ever, he said, without specifying what it spent. The company is looking to invest in new offshore oil projects, pending approval by the board, and it isn’t planning to increase production capacity with new projects but rather to maintain current oil output, he said.

Aramco plans to double its production of gas resources to 23 billion cubic feet a day over the coming decade, Nasser said. The forecast increase will raise the share of gas in the kingdom’s utilities to about 70 percent, the “highest of any G-20 nation,” he said.