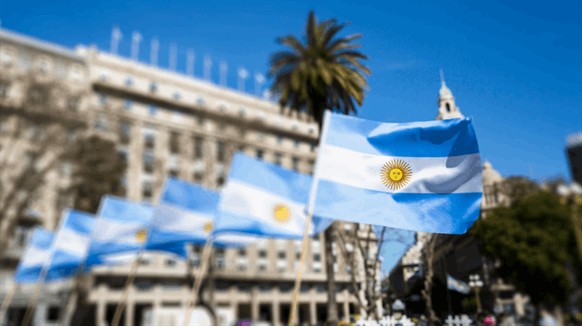 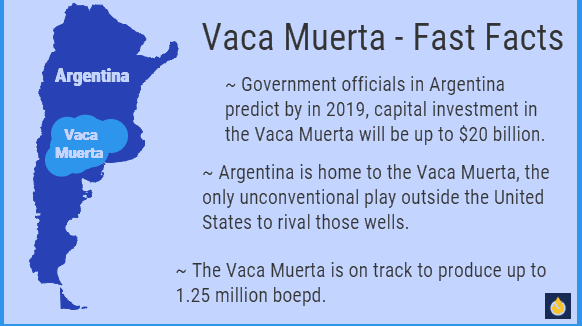 Later gas price incentives by the government – boosting the price to $7.50 per million British Thermal Units (MMBtu), compared to U.S. prices closer to $3 per MM Btu – expire in 2021. That’s an incentive for companies that are already operating in Argentina to keep pumping gas.

Pay To Work The Play

While geologically, the Vaca likely has the bandwidth of the best gas plays in the United States, when it comes to cost, there is little comparison. The best price-per-well that longtime Argentine player YPF has achieved is $8 million. Compare that to U.S. wells where the cost comes in closer to $4 million to $6 million per well. U.S. cost efficiencies, business environment and labor costs are likely to keep its wells more economic than those in Argentina.

“Most of the operators recognize that wells will always be more expensive. It’s just that they’re really, really productive, so they are economic,” Cuenca said.

Part of what’s pushing up the per-well cost is the powerful labor unions in Argentina. As Cuenca explains, in the 1990s, the onshore industry in Argentina was efficient – just as efficient as conventional wells in the United States. But the decades that followed were colored by unions gaining strength in numbers and power.

“They were, in a way, supported by the federal government, the provisional government, really, [letting them] get their way. And therefore, they put in place lots of requirements that make operations very expensive,” Cuenca said.

Eventually, the unions and the provisional government came together to sign the Vaca Muerta agreement in January.

“That removed some of those increased requirements of the unions. It’s not a regulatory [challenge] purely – it’s not a government issue – it’s more about the unions allowing operations to be more efficient,” Cuenca said.

The election of Macri is a pivotal part of the new attitude toward maintaining the energy business in Argentina. Under Macri, the government is pro-market and committed to establishing a framework that will allow the investment of the U.S. and other energy companies in the Argentine market, Jones said. And this government has made strides toward getting the unions onboard with regulatory improvements.

“Right now, most people would say it’s morning in Argentina, in regard to the energy sector. The prospects are bright, but there is one remaining hurdle: this October’s congressional elections,” Jones said. “I think a lot of people will be holding back from pushing forward with investment and other commitments in Argentina until they have further confirmation that the Macri government is here to stay.”