US Says It Has Issued Permits for Three US-Mexico Pipelines 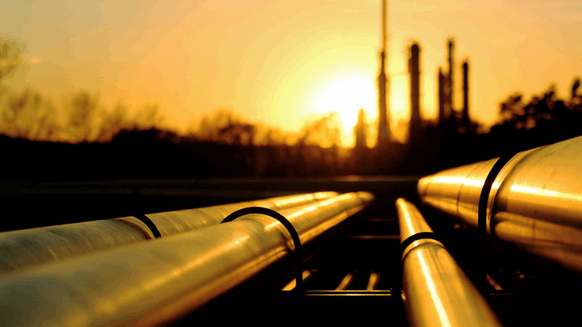 The United States has issued permits for three NuStar Logistics, L.P. pipelines crossing the U.S.-Mexico border, the State Department said in a statement.

The permit for the New Burgos Pipeline authorizes construction, operation and maintenance of a new pipeline capable of delivering up to 108,000 barrels per day of refined petroleum products, crossing the U.S.-Mexico border near Peñitas, Texas, the State Department said.

Two other permits were issued for existing pipelines crossing the border near Laredo and Peñitas, Texas to reflect a name change and authorize transport of a broader range of petroleum products, the State Department said.

NuStar Logistics is a subsidiary of NuStar Energy L.P. , an American pipeline operator.