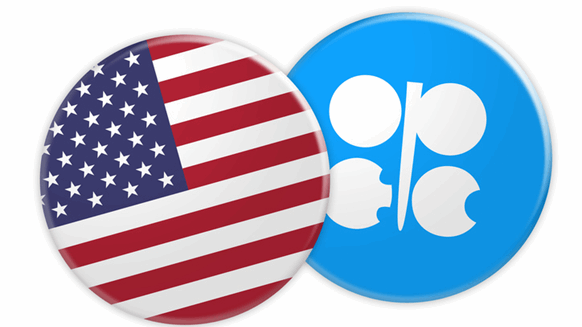 The next round of cuts to the oil and gas industry may slash the North American rig count.

Crude oil prices have plummeted 20 percent since February, the most dramatic first-half slump since 1997, and inventory remains about 340 million barrels above the five year average.

In short, the agreement between OPEC and its non-OPEC allies to slash their production by 1.8 million barrels per day has failed to rebalance the oil market and boost the commodity’s price.

For several weeks – including the one in May when OPEC and its allies extended current cuts – oil prices have nestled into a bear market. The global crude benchmark Brent closed at $45.83 per barrel June 26, a 29-cent increase, but not enough to mitigate “bearish mania” concerns.

The worry is valid. During the first half of the year, Brent crude prices have lost 20 percent – the global benchmark’s largest first-half biggest first half decline in 20 years.

Oil inventories increased at a rate of 1 million barrels per day during the first quarter, according to Morgan Stanley estimates. And while seasonal demand on the horizon should chip away at the excess for the rest of the year, that’s temporary.

“We see this reversing in 2018 as strong growth from U.S. shale will likely coincide with rising production from OPEC and Russia after the expiration of the current output agreement,” Morgan Stanley analysts said in a recent update. “We do not expect that OPEC will ‘flood the market,’ but on current trends, even a partial unwind of recent cuts will likely see the market oversupplied again next year.”

Jamie Webster, senior director at the BCG Center for Energy Impact, told me last month that he didn’t believe a simple extension would be enough to flip the supply-demand calculus. The cuts might have had a chance if everything else had remained the same.

Time For Plan B

But many of the larger E&Ps are hedged for the rest of 2017, and as such, they are unlikely to cleave off production.

Without a trim to the North American rig count or an OPEC/NOPEC agreement on longer, deeper production cuts, bringing inventory down to its five-year average will remain elusive.

“It will be interesting to see who blinks first – OPEC with an additional cut or U.S. E&Ps laying down rigs,” TPH said. “Given a choice to motivate a positive trading catalyst, we’d pick the latter as the threat of U.S. production growth appears to be the dominant concern.”

Syd Bates  |  July 01, 2017
The cure for low prices is low prices. We are seeing an uptick in shale drilling and the results of the DUC overload, I never hear the word depletion and it is still relevant. Shales flash production will drop off in 2 years and we will be back to needing 1200 rigs to keep production from shale flourishing. Along with lack of investment, we are seeding the perfect storm of an increase. KSA is upgrading their main port to handle 15MM BPD. Makes you wonder who is playing who here.
RELATED COMPANIES
Company: OPEC more info