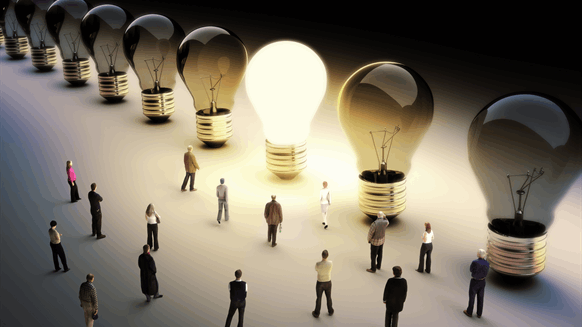 Oil and gas workers believe there is a skills shortage in the industry, according to a new report from Petroplan released Tuesday.

Oil and gas workers believe there is a skills shortage in the industry, according to a new report from Petroplan released Tuesday.

Twenty-two percent of respondents agreed that the industry was missing talent in the company’s Talent Insight Index 2017, which gathered information from over 2,000 people who work in the energy sector.

The emergence of digitization and Big Data has increased the need for IT skills, according to the report, with 34 percent of respondents citing that these are a growing requirement.

Some concern also remains about ageing oil and gas staff, with 2 percent of the workforce having retired last year and 28 percent being over 45. An even more concerning prospect, however, is that 31 percent of respondents claim that they are likely to leave the sector and seek employment elsewhere.

Popular destinations for oil and gas workers are the renewable sector (24 percent), construction (20 percent) and heavy industry (12 percent), according to the report.

“Our survey has shown that oil and gas industry professionals are ready to move jobs…so employers need to give them reasons to stay,” a Petroplan representative stated in the report.

Disalusioned  |  June 30, 2017
Employers are not interested in your skills, all they are interested in is the bottom line. So very soon there will be no-one to train and mentor the new intake. Be prepared for a whole bunch of new courses. Seems to be the way we are heading. Inexperienced recruitment agencies are also to blame.
Concerned  |  June 30, 2017
Colleges are graduating so many non US students that the field is flooded with Engineers. These so called engineers are taking positions that would normally be filled by skilled experienced workers. This takes away any incentive for an experienced person to negotiate with employers because employers can get a degreed engineer for half the salary. The inexperienced engineer produces the work of an inexperienced engineer and the problems propagate from there.
Lancaster Fernandes  |  June 30, 2017
There is no shortage at all the problem is company want to hire at low cost with less experience as Managers think they can run the show by showing profits.
Lancaster Fernandes  |  June 30, 2017
There is no shortage of any skills tradesman of any kind as companies do not want to pay and make lame excuses, the recent advertisement in newspaper are not getting the right people for the job, experienced people are no longer required as the advertisement says just 2 years or 3 years as experienced people demand higher salary they think about the profit margin, in the end when there is a incident or accident they blame on something different and get away not seeing the Root cause Analysis. INCIDENTS OF OFFSHORE INSTALLATION PROVE THIS WITH WALKWAYS FALLING APART.
Alan Fortune  |  June 28, 2017
The ones who believe this are NOT struggling to survive. Or maybe they are, so they say what is expected of them: to survive What has happened to our world & industry?
Some oil guy  |  June 28, 2017
It does not matter what workers think. It only matters what the employers and firms think.
Neal  |  June 27, 2017
Or to put it another way, 78% of people think there is no skills shortage in the oil and gas industry.