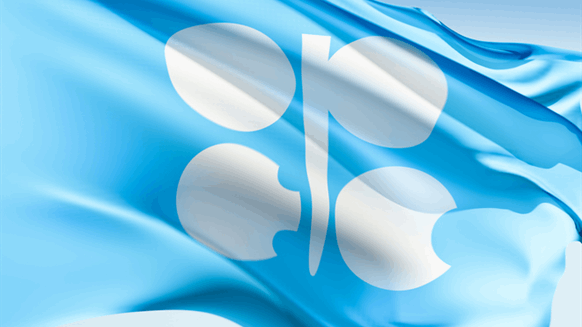 The fall in oil prices over the past week is indicative of the consensus view that the coordinated output cut among OPEC and non-OPEC is inadequate.

The sustained fall in oil prices over the past week is indicative of the consensus view that the 1.8 million barrel per day coordinated output cut among the Organization of the Petroleum Exporting Countries (OPEC) and non-OPEC is not deep enough to rebalance global oil markets in 2017, or even in 2018.

Also contributing to this bearish outlook are serious concerns around U.S. gasoline demand. In its Weekly Petroleum Status Report on Wednesday, the U.S. Energy Information Agency (EIA) showed a surprise build to gasoline stocks for the week ending June 9.

After both the U.S. and global benchmarks fell almost 4 percent on Wednesday, prices continued to fall Thursday due to the lack of positive data points to push back negative momentum.

The bearish turn in the market centers on demand concerns, but several supply side factors are weighing on crude prices. One of those is the greater than expected upturn in Libyan and Nigerian oil output – after months of outages due to political strife in both countries.

OPEC confirmed Tuesday that for the month of May, cartel production rose by 336,100 barrels per day – largely as a result of increased production from Libya and Nigeria. It would appear that Saudi Arabia, the de facto head of OPEC, had not fully anticipated the resurgence of Libyan and Nigerian crude into the market when it announced the extension of the 1.8 million barrel per day cut at the end of May.

With the likelihood for normalized and sustained production coming from Libya and Nigeria (both exempt from the coordinated pullback), plus quota slippage among participating OPEC countries, e.g., Iraq and Iran, Saudi Arabia has committed to reducing its exports to the United States to under 1 million barrels per day during the summer months. In addition, the Kingdom has increased its pricing to Asian customers of its crude, which should have the effect of lowering export volumes.

Whether the move to decrease exports to the United States is an attempt at sleight of hand to convince oil markets that crude inventories are draining is up for debate. It should be noted that most crude traders essentially use U.S. crude inventory levels as a proxy for the health of global crude markets due to the availability and quality of data.

Many in the market believe that the Saudis may not be reducing its overall production levels, and could in fact, possibly be using crude that was otherwise destined for the United States as feedstock for power generation in-country – when demand for air-conditioning surges during the summer months.

Also weighing on prices was Wednesday’s report from the International Energy Agency (IEA), which projected 2018 oil supply from non-OPEC producers to grow by 1.5 million barrels per day (almost twice the increase estimated for 2017).

The significant uptick in estimated production growth for 2018 is due mostly to rising expected production from U.S. tight oil formations. The IEA estimated that demand would grow by 1.4 million barrels a day in 2018 – largely from China and India.

Delia Morris has worked in the international upstream oil & gas industry for over 13 years. Please contact Delia at delia.morris@gmail.com.