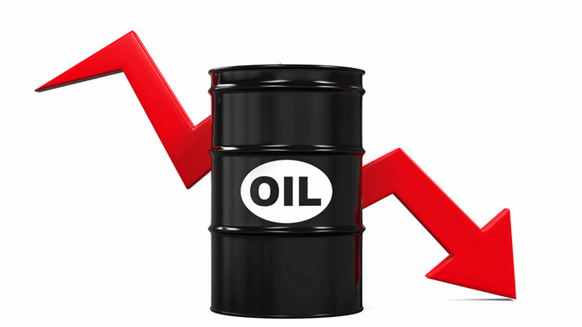 Few positive signals for oil prices exist in the market at the moment. A further fractured OPEC could potentially lead to increased global supply.

Few positive signals for oil prices exist in the market at the moment. Following the Energy Information Agency’s (EIA) Wednesday report of surprise builds to U.S. stocks of oil and gasoline, market confidence was shaken. Off the newsflow, the front-month WTI contract fell 5 percent, while Brent was down 4 percent on the day.

Oil prices Thursday stayed relatively flat – with WTI settling on the NYMEX down 8 cents at $45.64 per barrel. The Brent front-month contract settled down .4 percent at $47.87 per barrel. Intraday trading saw prices plumb lows not seen since early May, but pared losses by the end of the day – most likely due to short-covering.

The main reason for the loss of market confidence is increased doubt around the efficacy of an extension to production cuts by the Organization of the Petroleum Exporting Countries (OPEC) and non-OPEC to actually lend price support.

The dominant theory to date had been that the May 25 agreement among OPEC and major non-OPEC producers would help bring global oil markets back into balance. The agreement hoped to extend a commitment to cut output by 1.8 million barrels per day into March 2018.

A mitigating factor, however, was the fact that U.S. oil inventories had been falling steadily over the previous weeks – due primarily to record levels of crude exports and refinery inputs.

With the summer driving season upon us, many in the market held the view that gasoline demand would return to robust levels. That notion was looking less certain with Wednesday’s EIA data showing that over the last 4-week period, motor gasoline consumption was down .7 percent over the previous year. Total U.S. products supplied were down 1.2 percent versus the same time in 2016, according to the EIA.

Although it’s open to debate as to the real drivers of the diplomatic row between Saudi Arabia (plus a handful of its Gulf neighbors and Egypt) and Qatar, it is clear that the rapid escalation of tensions, which began Sunday evening, failed to create a sustainable spike in oil prices.

Instead, the markets took this as a signal that waning OPEC cohesiveness and growing antagonism among member countries posed a significant barrier to the cartel’s ability to stabilize global prices.

Accusations were thrown at Qatar for cozying up too much to Saudi arch geopolitical rival Iran, and for also cow towing to Shiite militants in Northern Iraq and Syria by purportedly paying millions of dollars to free a group of Qatari falcon hunters held in captivity.

Might the ratcheting up of tensions been an attempt to achieve a knock-on effect of lifting the geopolitical risk premium on a barrel of crude? Possibly. What we have witnessed over the last year is that OPEC rhetoric and headline risk have had more impact on oil prices than the actual implementation of cuts – even with historically above-average adherence levels.