UK Hung Parliament Can Only Lead to Potential For 'Further Uncertainty' 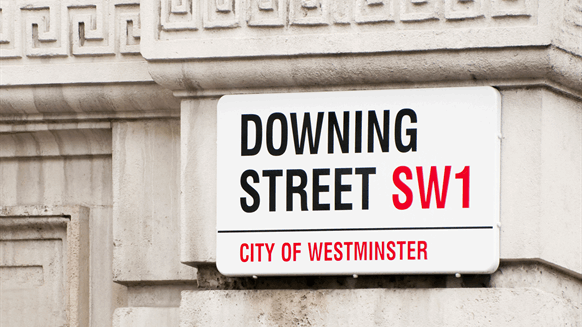 A hung parliament in the UK can only lead to the potential for further uncertainty for the region's oil and gas industry, Michael Burns, oil and gas partner at law firm Ashurst tells Rigzone.

A hung parliament in the UK can only lead to the potential for further uncertainty for the region’s oil and gas industry, Michael Burns, oil and gas partner at law firm Ashurst told Rigzone.

“This will be particularly felt in the UK's shale gas industry, which will be watching carefully as the inevitable political 'moving and shaking' over the next days, weeks and months will be key to its near and longer-term prospects,” he added.

Deirdre Michie, chief executive of industry body Oil & Gas UK, said the organization would look for an early meeting with the new government ministers and MPs in order to relay its priorities.

"We are clear about our priorities – promoting the measures which ensure the continued success of our industry in the prevailing climate," Michie said in a statement sent to Rigzone.

"To that end, we need a UK energy policy which realizes the full benefits of the UK’s indigenous resources; to work closely with government to ensure that the UK Continental Shelf is globally competitive for investment, strategic management of Brexit to support, develop and promote the oil and gas industry and practical steps to protect, progress and promote operators, the supply chain and the industry workforce," she added.

The Conservative Party won the most seats in the UK election held June 8, but failed to clear the outright majority threshold of 326 seats. As a result, the conservatives will have to form a majority government with another party. Failing that, Labour, which came second in the election, would get the chance to form a multi-party government.

According to political experts, the conservatives have already struck up a deal with Northern Ireland’s Democratic Unionist Party. The Labour Party would need to partner with more than one other party in order to form a government.

Theresa May, the leader of the Conservative Party has generally voted against measures to prevent climate change and has voted to help the onshore drilling sector.

She sided against explicitly requiring an environmental permit for hydraulic fracturing activities on January 26, 2015, according to her voting record on theyworkforyou.com. On the same day in 2015, May voted not to ban the exploitation of unconventional petroleum for at least 18 months and not to require a review of the impact of such exploitation on climate change, the environment, the economy, and health and safety be carried out and published.

The former UK Prime Minister also made a major change to how future wealth from the country's shale gas reserves would be shared out, in a move designed to encourage public acceptance of hydraulic fracturing. While the original plan would have seen proceeds from shale gas revenues paid to community trusts and local authorities where fracking activities occur, the PM has explicitly stated that options to share proceeds should include money that is "paid directly to local residents in host areas".

In its manifesto, the DUP states that it will carry out a “fundamental review of energy policy to ensure that consumers and businesses have a secure energy supply that moves ever closer to the EU median price”.

This review will include how best to support further development of the renewable sector at least cost to consumers and businesses, according to the party’s official website.

Labour leader Jeremy Corbyn, who has generally voted for measures to prevent climate change, has had a mixed voting history when it comes to shale gas.

Corbyn voted for explicitly requiring an environmental permit for hydraulic fracturing activities on January 26, 2015, and to ban the exploitation of unconventional petroleum for at least 18 months and require a review of the impact of such exploitation on climate change, the environment, the economy, and health and safety be carried out and published.

On Feb 11, 2015, however, the Labour leader voted against requiring a more extensive set of conditions to be met prior to consent for hydraulic fracturing being given. Corbyn also voted against greater restrictions on hydraulic fracturing to extract shale gas in National Parks, the Broads, areas of outstanding natural beauty, World Heritage sites, and near points where water is abstracted for domestic and food production purposes, on December 16, 2015.

Mark Adams  |  June 12, 2017
I am sorry to say that UK politics is taking on a casino like feel, with politicians taking a gamble on major decisions that will not only effect their term in office, but have consequences for generations. Blair started this with the gamble of branding Labour as a middle road party, stealing that ground from the liberal democrats, quite successfully for a long period, until th smoke cleared and the mirrors cracked. Cameron carried this on firstly with Scotland, this one the punter won, but narrowly in one respect, massively in terms of killing off labour in its traditional heartland Th punter was feeling good on the back of that one and the exit from Europe was the next target and he went all in again, this time the house cleared the table. Now we are left with a leader who no one actually voted to be leader, she simply got their by default position created by wastage and collateral damage. Her record in her previous role was far from stellar. Other than having the chemical composition of teflon, in which nothing stuck to her at all. Despite this there was created a degree of steadiness. Which she then ly threw in to the waste bin, while taking out of both sides of her mouth. She claimed to want steadiness and certainty and ly when out of here was to create division and confusion at a key juncture in the history of the UK. Now we have a government which will struggle to get any thing pushed through parliament without th said of a group of MPs from a part of th eUK that can not even agree to establish their own government and could quite possibly see return of the historic problems associated with that particular part of the UK. Meet she still claims that she promotes stability and certainty. The lack of simple honesty of that statement simply leaves me to despair for children and grandchildren. I dont want Corbyn to take over, as I disagree on too many of his policies, especially the one on simply buying the youth vote with promises of free education and a utopian society where we all love each other and have to pay nothing towards eduction, utilities , health and transport. That why the SNP wanted 16 year olds to vote in the referendum. they have nothing to lose at that point and not enough vision to look 20 years ahead