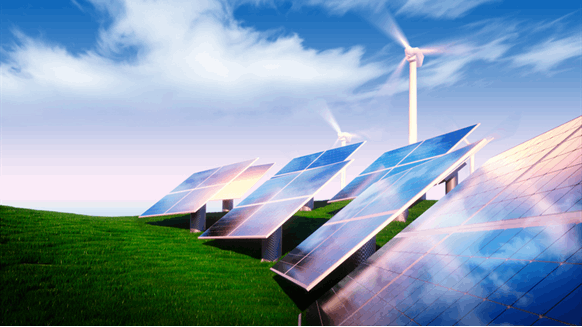 Under a global climate pact, called the Paris Agreement, nearly 200 countries agreed last year to phase out greenhouse gas emissions this century and to limit a global average rise in temperature to "well below" 2 degrees Celsius (3.6 degrees Fahrenheit).

Only three out of 26 assessed technologies - electric vehicles, energy storage and mature variable renewables (solar PV and onshore wind) - are on track to meet climate targets, according to the IEA.

"Transformation towards a clean energy system is not in line with stated international policy goals. Many technology areas suffer from a lack of policy support and this impedes their scaled-up deployment," the report said.

The IEA said the world's power sector could reach net zero carbon dioxide emissions by 2060 under a goal to limit the rise in global temperature to 2 degrees Celsius.

The energy sector could even become carbon neutral by 2060 to limit future temperature increase to 1.75 degrees C by 2100, if technology innovations are "pushed to the limit".

"But to do so would require an unprecedented level of policy action and effort from all stakeholders," the report added.

However, renewable power generation growth needs to accelerate by an additional 40 percent over 2020-25 to reach a 2 degree C limit goal.

Carbon dioxide emissions from coal must decline by around 3 percent a year to 2025, led by the retirement in the least efficient technologies and a decline in coal generation not equipped with carbon capture and storage after 2020, the IEA said.