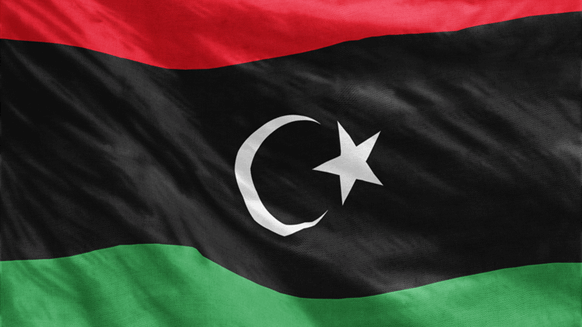 (Bloomberg) -- The rapid increase in Libya’s oil production is heading toward a hard ceiling.

Crude output in the politically fragmented country has more than doubled in the past year to exceed 800,000 barrels a day, according to the state-run National Oil Corp., as fighting and labor unrest at ports and fields have subsided. But with foreign staff of international companies staying away, analysts from Energy Aspects Ltd. to Wood Mackenzie Ltd. say Libya’s ability to pump more oil will soon reach a limit -- and won’t be enough to upset an oversupplied market.

“You’ve got a cumulative buildup of technical issues, shortages of equipment, and increasingly reports of damage to facilities,” Richard Mallinson of London-based Energy Aspects said by phone. The North African country will struggle to push production above 900,000 barrels a day in the coming months, he said. “Without bringing in the expertise to carry out deeper maintenance, there’s only so much local teams are able to do.”

Libya was exempted from output cuts that the Organization of Petroleum Exporting Countries and allied producers agreed to in an effort to curb a global glut and support prices. The nation has announced plans to boost production to 1.3 million barrels a day by the end of the year. Output and exports collapsed after the 2011 revolt against former leader Moammar Al Qaddafi, when the country with Africa’s largest crude reserves pumped about 1.6 million barrels a day.

Crude prices rebounded early on Monday after a Saudi-led coalition cut diplomatic ties with Qatar, escalating a crisis that started over the Persian Gulf emirate’s relationship with Iran. Benchmark Brent crude gained as much as 1.6 percent, reversing a slump last week amid concern that rising U.S. output would undercut supply curbs by OPEC and its partners. Brent later surrendered gains, falling 66 cents to $49.29 a barrel at 2:48 p.m. in London.

While Libyan workers have been able on their own to boost oil production since 2011, the nation also requires foreign contractors and service providers, NOC Chairman Mustafa Sanalla said by phone on June 1. The departure of most of these contractors due to concerns for their safety “had some effect on maintaining and increasing our production,” he said.

The recent increase in Libyan supply has offset some of OPEC’s cuts, though the country is unlikely to pump more than 1 million barrels a day without new investment, Sanford C. Bernstein & Co. analysts including Neil Beveridge said in a June 2 emailed note. “With decaying infrastructure and a fragile peace, there are clear downside risks to Libyan production,” they said.

Output fell to 807,000 barrels day, a decrease of 17,000, due to power outages at the Messla and Sarir fields operated by Arabian Gulf Oil Co., Jadalla Alaokali, an NOC board member, said Monday by phone. Arabian Gulf Oil is an NOC unit.

Libya’s output capacity has atrophied after six years of intermittent fighting that led most foreign oil workers to stay clear of the place. While local employees have continued to pump crude when security allows, they’ve been unable to keep up with maintenance or repair facilities damaged by looting or attacks, due to a shortage of equipment and training, Mallinson of Energy Aspects said.

“We can’t send any expats into Libya right now -- the security situation doesn’t allow it,”  OMV AG Chief Executive Officer Rainer Seele said in a May 11 Bloomberg television interview. The Vienna-based company, which has stakes in several fields in Libya, can pump at about half of its capacity using only local employees, he said. “If we would like to increase to the maximum capacity, of course we need to have the security situation to bring back our expats.”

The amount of oil that can be produced without expatriate staff “varies significantly from project to project,” said Martijn Murphy, an analyst at Edinburgh-based consultant Wood Mackenzie. For the country as a whole, it would be a “considerable achievement” to push output above 1 million barrels a day on a sustainable basis, he said.

Foreign workers in the country have been targets in the past for extremists and kidnappers. Islamic State militants raided an oil field in March 2015, killing eight Libyan guards and kidnapping nine foreigners. Unidentified gunmen kidnapped three foreign oil workers last September, holding them for two months before releasing them.

Local employees too run severe risks as they continue to produce and export crude. A worker at the Mediterranean port of Ras Lanuf recalled that his team had to suspend loading the first oil tanker to call at the terminal in almost two years, when fighting between rival militias engulfed the port on Sept. 18.

The tanker Seadelta moved offshore, and the employee, who asked not to be identified out of concern for his safety, said he spent the night hiding in a warehouse with his co-workers. He and his team returned to work the next day and soon had the vessel on its way to Italy carrying 781,000 barrels of crude.

“The security and political situation still hangs on a knife edge,” said Murphy of Wood Mackenzie.