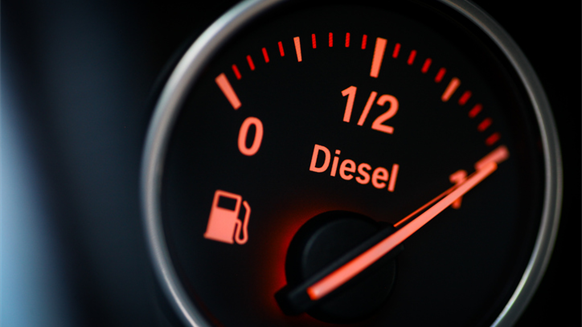 It seemed like a good idea at the time.

(Bloomberg) -- It seemed like a good idea at the time.

When Canada’s government decided to fund the nation’s first new refinery in three decades in 2012, a diesel shortage had just caused some truckers to be turned away from filling stations, and demand was climbing. Oil-sands producers were ramping up output and crude prices topped $100 a barrel.

Fast forward to 2017, and North West Refining’s Sturgeon plant in Alberta is poised to add 40,000 barrels a day of diesel to an already-glutted market. Crude is hovering around $50 amid surging North American output, oil-sands producers have shelved expansions and Alberta has just emerged from a two-year recession. Diesel demand is lower than it was two years ago, and truck-fuel prices relative to crude oil are half their level from three years ago.

“Diesel demand is dropping in Alberta,” John Auers, executive vice president at energy consultant Turner Mason & Co., said by phone. “Any time you are adding more supply, you are going to impact the price negatively.”

The Sturgeon plant, Canada’s first new refinery since 1984, will begin turning oil-sands bitumen into diesel by the end of the year, according to Ian MacGregor, chairman of Northwest Redwater Partnership, which owns half the project in partnership with Canadian Natural Resource Ltd. Bitumen is a molasses-like substance extracted from oil sand that is so thick, it has to be blended with condensate or upgraded into synthetic oil to be processed.

Located southwest of Alberta’s oil sands, home to the world’s third-largest crude reserves, Sturgeon is about 90 percent built, with bitumen scheduled to be injected into the plant by the end of summer, MacGregor said. It will process 80,000 barrels a day of diluted bitumen at the end of its first phase, scheduled for completion this year.

The Alberta Petroleum Marketing Commission, an agent of the provincial government, will provide 75 percent of the feedstock used by the C$8.5 billion ($6.32 billion) refinery, or about 37,500 barrels a day, along with loans, equity and fees, according to government documents published last year, which estimated the total package at about C$25 billion over 30 years.

That much bitumen alone is worth about C$20 billion at the current market price of about C$48 a barrel, according to Bloomberg calculations. Oil-sands producers supply the bitumen as a royalty payment to the province.

The diesel market that the refinery will supply has also changed radically in the years since the project got off the drawing board, with swelling quantities of the trucking fuel. The surplus of diesel produced by Alberta refineries in the 12 months through January was 45 percent bigger than in the same period three years before, the latest government figures show.

Diesel at a fuel rack in Edmonton, Alberta, has traded at a 32-cent premium to New York futures over the past three months, almost half its price three years earlier, data compiled by Bloomberg show.

But demand may rise longer term. The country’s National Energy Board projects that vehicles that move freight, such as diesel-burning trucks, will use 5 percent more energy in 2020 from 2016. Energy demand for freight vehicles will rise 1.6 percent this year alone.

“If you look at any long-term forecast, its showing that Alberta will be diesel short, so there will be economic sense for the refinery,” Dinara Millington, vice president of research at the Canadian Energy Research Institute. “If that doesn’t transpire, we could potentially export diesel.”

Canada is a net exporter of diesel to the U.S. The country sent 71,000 barrels a day across the border in 2016, down from 118,000 barrels a day the year before, U.S. Energy Information Administration data show. Most of that goes to the U.S. East Coast, which has access to production from Eastern Canadian refineries. Western Canada’s biggest export market for diesel is the U.S. West Coast, which is connected to Alberta via the Trans Mountain Pipeline.

By 2020, the diesel will find ready buyers on the Pacific coast as new low-sulfur bunker-fuel rules go into effect worldwide, Turner Mason’s Auers said. World distillate demand will rise as much as 1.5 million barrels a day, creating a “slug” of demand that refiners may struggle to fulfill.