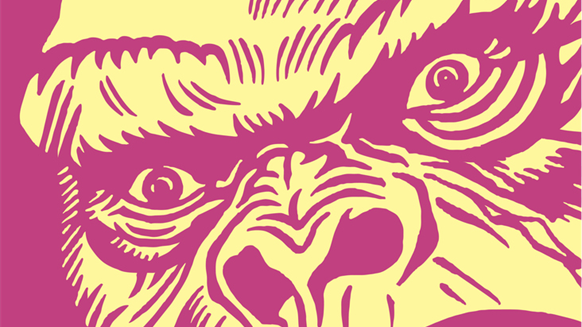 It funds illicit activities such as terrorism, transnational crime, militancy and insurgency. Left unchecked, it can contribute to endemic corruption, erode the rule of law and even disguise itself as a public good – an agent of social welfare. Moreover, it occurs on a scale approaching that of drug and arms trafficking. Nevertheless, this problem often receives scant attention from government authorities. What is this proverbial 800-pound gorilla? The theft of refined oil products.

"Though downstream oil theft is not a well-known issue, it is one we cannot afford to ignore any longer," said Ian Ralby, founder and CEO of I.R. Consilium and a senior fellow with the Atlantic Council. Ralby, who recently authored a pioneering report on refined oil theft, said the problem needs to be combated on a global level.

"As violent clashes in Nigeria and Mexico indicate, when fuel theft becomes normalized, attempts to interdict it will be met with resistance," Ralby pointed out. "We all need fuel, so we are all stakeholders in ending the criminality surrounding it."

Ralby's report stands out as the "first major study of refined oil theft around the world," according to the Atlantic Council. Read on as Ralby offers his insights on the problem as well as his take on which remedy appears most promising.

Rigzone:  How does the problem of downstream oil theft manifest itself?

Ian Ralby: The problem of downstream oil theft manifests in a variety of ways. While the most widely acknowledged form is the illicit tapping of pipelines, theft also takes place all along the supply chain, from pre-processed oil on its way to refineries to the refineries themselves to storage tanks to trucks, trains and ships. Fuel can be transferred, for instance, from oceangoing tankers functioning as illegal “offshore fuel stations” to other vessels that will move the product on the black market. Port and industry facilities can be used as transshipment hubs for stolen fuel.

Smuggling, usually involving neighboring states with differing fuel prices (often but not always the result of one country’s subsidies), gives rise to small- and large-scale criminal operations, the more extensive of which can convert a margin of pennies on the liter to many millions of dollars in profits. Adulteration, often in the form of “stretching” fuel with low-grade additives, and “laundering” fuel, usually diesel, to remove dye markers and thereby avoid taxes or tariffs and sell inferior product as higher-grade, can also result in significant profits.

More abstract modalities of downstream hydrocarbons crime involve sophisticated schemes of subsidies fraud and excise fraud as well as government corruption including fraudulent allocation of contracts and collusion with criminal groups. Yet another form of illicit activity is the outright sabotage of oil infrastructure intended to cripple oil companies and/or governments.

Rigzone: How pervasive is the problem?

Ralby: The magnitude of the problem is massive and has not yet been fully accounted for. Fuel is a necessity of life around the world, and where a discount can be had, buyers and profiteers will pursue it. The global trade in illicit fuel is worth many billions of dollars, approaching the level of drug and weapons trafficking. Nigeria alone loses 30 percent of its refined product to theft—a destabilizing and untenable situation in a major African state. An estimated 2.7 million tons of fuel are smuggled into Turkey each year, costing some $2.5 billion in revenue, and in 2012 the EU lost €4 billion in tax revenues to downstream criminal activity. In Mexico, criminal cartels control a billion-dollar black market in stolen fuel. In 2013, an estimated 1.5 billion liters of fuel were smuggled out of Algeria, mostly to Morocco.

The modalities, and the costs, extend well beyond those examples. Terrorist and insurgent groups in the Middle East, Africa, Southeast Asia, and Europe have funded their operations through fuel theft, smuggling, and fraud. Transnational criminal groups use fuel theft to supplement their traffic in drugs, weapons and human beings. The Niger Delta, the archetypal example of illicit hydrocarbons activity, is only one of numerous places where environmental degradation and public health issues precipitated by these criminal activities is having dramatic effect. Downstream oil theft is truly a global problem

Rigzone: Who are the key beneficiaries of refined oil theft?

Ralby: The beneficiaries of downstream oil theft vary depending on the scale of the activity. At the smallest scale, individuals, families and local groups make money smuggling modest amounts of fuel across borders – often in jerry cans or small trucks – to take advantage of price differences. The same profit margins, however, often prove far more lucrative for organized criminal groups, who can move large quantities of fuel over land and sea, and for corrupt officials who can use their positions to engineer and cover up the misdirection of resources. At the most threatening level, profits from fuel theft are used to subsidize terrorist groups, violent insurgent groups, and criminal organizations that also traffic in drugs, weapons and human beings.