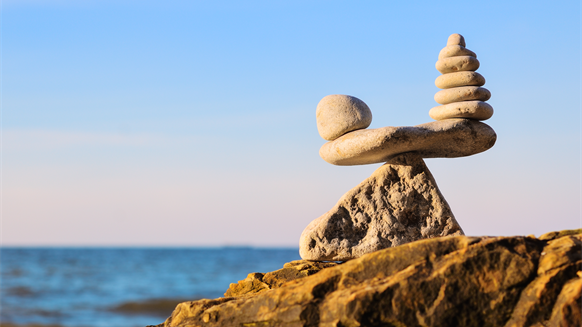 The global oil market is rebalancing and the pace at which supply and demand are falling into line is picking up.

LONDON, May 16 (Reuters) - The global oil market is rebalancing and the pace at which supply and demand are falling into line is picking up, even if inventories still fail to reflect the impact of OPEC supply cuts, the International Energy Agency said on Tuesday.

In its monthly report, the IEA kept its global demand growth forecast for 2017 unchanged at 1.3 million barrels per day (bpd), because of slowdowns in previously robust consumer countries such as the United States, Germany and Turkey.

Commercial inventories fell for a second straight month in March, by 32.9 million barrels to 3.025 billion barrels.

But for the first quarter as a whole, stocks in industrialised countries rose by 24.1 million barrels and the IEA said preliminary data suggested inventories increased again in April.

"It has taken some time for stocks to reflect lower supply when volumes produced before output cuts by OPEC and 11 non-OPEC countries took effect are still being absorbed by the market," the Paris-based IEA said.

In the first quarter of 2017, "we might not have seen a resounding return to deficits but this report confirms our recent message that rebalancing is essentially here and, in the short term at least, is accelerating".

Global oil supply fell by 140,000 bpd in April to 96.17 million bpd, led by declines in nations outside the Organization of the Petroleum Exporting Countries, such as Canada.

But with strong production increases in the United States, Brazil and Kazakhstan, the IEA said non-OPEC output would grow by 600,000 bpd this year.