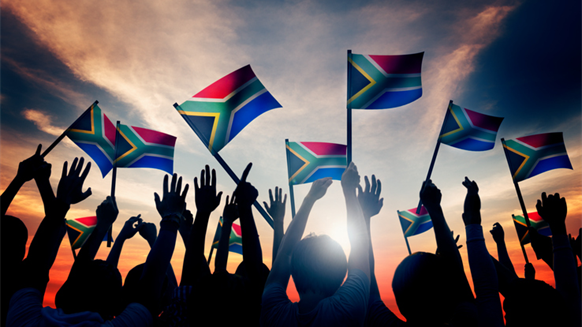 The five license applications under review are for exploration in the semi-arid Karoo basin.

JOHANNESBURG, May 15 (Reuters) - South Africa's government may award its first shale gas exploration licences by the end of September, after environmental objections delayed the process, a senior government official said on Monday.

The five licence applications under review are for exploration in the semi-arid Karoo basin.

Environmentalists criticised plans to work in the sparsely populated region, known for its rugged scenery and home to rare species such as the mountain zebra and riverine rabbit.

PASA would make recommendations to Mineral Resources Minister Mosebenzi Zwane to decide on the licence awards.

"We anticipate that the minister will be in a position to make a determination during the second or third quarter," Mekwe said.

"If the decision is made this year the exploration rights will be valid for a period of three years, exploration activities should commence within three years," she said.

South Africa is seeking to replace its dwindling offshore gas reserves and reduce reliance on coal to fuel power plants.

Shell said last year its Karoo project could compete in its global shale gas and oil portfolio provided commercial terms were attractive. It had previously pulled back from the plans due to low energy prices and licence delays.

South Africa’s recoverable gas reserves from onshore shale and offshore gas fields was estimated in 2015 at about 19.5 trillion cubic feet (TCF). Officials say it would take about a decade to significantly develop these gas resources.

Mekwe said Total had applied to renew its offshore exploration licence, but was not expected to drill in the next two years as the French firm continued engineering work for a drill ship to deal with rough sea conditions.

Sasol, Exxonmobil and Impact had received an upgrade in their technical co-operation permits, which entitle holders to conduct desktop studies, to offshore exploration licences, she added.

Mekwe called for more opportunities for black citizens to enter the oil and gas industry, expected to expand once a Mineral and Petroleum Resources Development Bill is finalised.

Khalid  |  May 18, 2017
@transparent witness. The world in one way or the other practices some form of local content for their individual countries (most African countries, Europe, America etc). In America there are some job applications that clearly state you must be eligible to work in that country. Lets respect some of the laws put in place. South Africa with its unique issues and past have come up with the BEE.... It needs support not the arrogance your text carries if I read correctly. Peace.
Transparent witness  |  May 16, 2017
BEE......................and what success had that brought to us all thus far.................time to call it a day and award based on merit, the same way the rest of the world operates..............have a bit of sense, finally!!