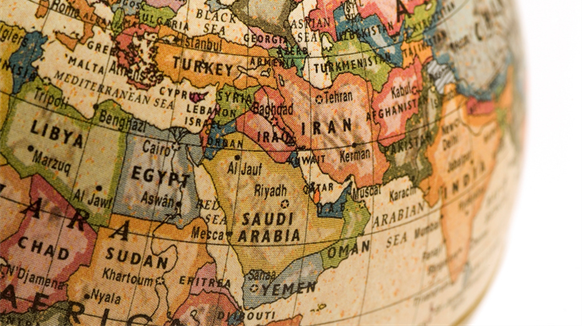 (Bloomberg) -- Saudi Arabia, the world’s biggest crude exporter, is losing market share to Iraq and Iran as a result of OPEC’s agreement to curb supplies to bolster prices, according to the head of research at Abu Dhabi Investment Authority.

“If you’re talking about winners, you can count Iran and Iraq,” Christof Ruehl said Wednesday at a conference in Dubai.

The Organization of Petroleum Exporting Countries agreed to production limits for most of its members at a meeting in November and brought 11 other nations on board with the deal in December. Saudi Arabia, OPEC’s biggest producer, agreed to cut output by 486,000 barrels a day while Iraq said it would cut 210,000 barrels a day. Iran was permitted to increase output by 90,000 barrels a day, according to the OPEC accord.

Saudi Arabia knew it would lose share because Iran’s production was on the rebound, said Robin Mills, founder of Dubai-based consultancy Qamar Energy. “The Saudis agreed to production cuts at a time when Iranian production was at a high.”

The struggle over market share is most pronounced in Asia, according to Mills and Edward Bell, commodities analyst at Dubai-based lender Emirates NBD PJSC. Iran and Iraq increased crude sales to China last month, while Saudi Arabia slipped behind Russia and Angola as the largest suppliers to the nation, data released Tuesday by the General Administration of Customs show.

“The Saudis are losing out because other countries are able to squeeze out more production,” Bell of Emirates NBD said. Saudi Arabia is cutting crude pricing to Asia to hold on to its share, Bell said.

“The OPEC market share battle hasn’t gone away,” he said.

Derek Eastwood  |  April 26, 2017
Market share was always a smokescreen by the Saudi oil ministry for an attempt to put the US frackers out of business.
RELATED COMPANIES
Company: OPEC more info