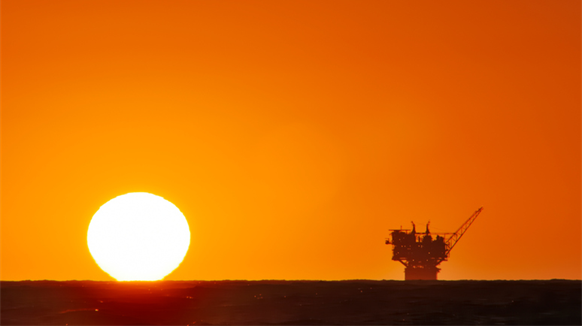 Permian Basin hoards the spotlight, but meanwhile, offshore producers are a fraction of a percentage point away from hitting another all-time high during the first half of the year, according to RBN Energy.

Far from the $40,000 per acre land rush for shale in the Permian Basin, operators in the Gulf of Mexico are toiling offshore to outpace their own production records.

In January, Gulf of Mexico (GOM) production totaled 1.75 million barrels per day, less than a percentage point away from the previous record set in 2009, according to Housley Carr, an analyst at RBN Energy LLC. Within the next month or so, the 2009 record is expected to fall.

“Admittedly, that’s an increase of only [300,000 barrels per day] from 2016, which might not be groundbreaking news, but it sure puts the kibosh on any suggestion that production off the coasts of Texas, Louisiana, Mississippi and Alabama is dead in the water,” he said. “It’s not – by a long shot.”

The EIA has projected growth in the GOM between 2016 and 2018 to be 300,000 barrels per day (bpd), which will account for roughly 30 percent of the total U.S. production increase forecast.

Although no major projects have started in the GOM through the downturn, offshore exploration and production (E&P) companies have adapted during the downturn – similar to onshore E&Ps. In the GOM, producers have benefited from lower cost drilling and equipment, and also shifted to sub-sea tie-backs, Carr said.

“We understand that, depending on how much oil the new well can access, the breakeven cost for many subsea tie-back projects can be $30 per barrel or even lower, which puts them on par with breakevens in some of the best onshore shale plays,” he said.

Greenfield projects, however, have breakevens of up to $60 per barrel – too high given the current oil price environment.

In February, Royal Dutch Shell plc approved development of its Kaikias deepwater field in the GOM – the company’s first project there since 2015. Kaikias is intended to be tied into the nearby Shell-operated Ursa production hub, a key factor in making the project economic.

Shell said the Kaikias oil and gas project will start production in 2019; it can generate profits even if oil prices are lower than $40 a barrel.

But beyond 2018, the GOM future is less clear. Offshore rig counts are low, but the economics of subsea tie-backs may allow E&Ps to add smaller production findings to their totals.

“Taken together, that may well be enough to keep GOP production riding high into the 2020s,” Carr said.