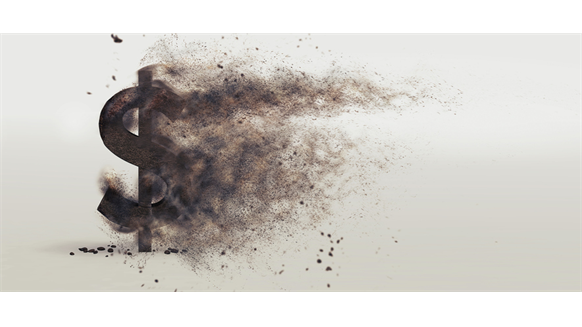 OPEC complies with its production cut deal, but one month before the cartel returns to Vienna to consider an extension, crude oil's march toward market stability and a $65 per barrel price point is slow.

A barrel of oil lingers priced in the low $50s and the global supply and demand ratio remains out of whack. Does that mean failure for OPEC’s six-month experiment to stabilize global markets and increase the price of oil?

Not according to the experts.

When markets closed April 21, the price of WTI had dropped below $50 to $49.62 per barrel, underscoring investor weariness.

That falls short of the $65 target – in fact, it’s far closer to prices in November before the historic decision by OPEC and non-OPEC member nations agreed to limit their production. WTI closed at $45.23 per barrel Nov. 29. After the agreement was announced Nov. 30, the price surged to $49.08 per barrel.

Still, taking the per-barrel price to the mid-$60s by the end of the year is entirely feasible, said Dave Pursell, managing director and head of macro research at Tudor, Pickering, Holt & Co.

The agreement between OPEC and non-OPEC member nations was indeed historic, and it provided a much-needed assist to oil prices in the fall.

“So if you were tight for revenue and you were an OPEC member, you could consider that at least a temporary success,” said Amy Myers Jaffe, executive director energy and sustainability at the University of California-Davis. “It might have made it clearer to them that they have this new problem: if you bring the market up to $65, almost everybody with a shale field in the United States can lock that in on the futures market and then drill for an entire year.”

The U.S. Energy Information Administration says shale oil in May will post the biggest monthly increase in more than two years. That raises the question of whether OPEC’s cuts are negated by tight oil.

“That’s what everybody’s worried about, and we should be. I think you’d be whistling past the graveyard if you weren’t concerned about it,” Pursell said.

What Does OPEC Want?

“They gained market share. That was their purpose and they got it,” he said. “Now they have to get price up. Market share without price is not a victory, but you get market share first, then you get price up. I think what they’ve done so far has been wildly successful, but the game is not over yet.”

The purpose in November of the OPEC and non-OPEC production cuts was to reduce the oil storage overhang, said Michael Warren, managing partner at TrendMacro.Energy in Houston. That would’ve answered both the price issue and the supply/demand equation.

But OPEC’s cuts were called in late fall, just before refinery maintenance season, which is a difficult time to reduce inventory, he said.

“To achieve a massive decline in oil storage levels during the refinery maintenance season is unlikely to start out with,” Warren said. “And I think a lot of people were looking to that, and because it didn’t happen, oil prices get stuck.”

Once refinery runs ramp up and the summer driving season gets underway, inventory stockpiles will dwindle as they do every year. And that’s when oil prices could hit that mid-$60s mark, he said.

But if the increased rig count pumps out copious amounts of hydrocarbons as early as this summer – supplementing the expected balance in storage inventory. Jaffe says the market might have trouble getting to $65 oil.

For that matter, Jaffe thinks there’s an equal chance prices could go in either direction.

“That’s why I think they market – if you look at the options market – everything is clustered around $50.”

Nevertheless, all three experts expect OPEC to extend the production quotas for the rest of the year – an option laid out in the initial deal – when the group reconvenes next month.

“I think they’re going to have to if they care about the price of oil,” Jaffe said. “The only way I would say no, they’re not going to extend, would be if the Saudis announce they’re not doing the IPO. If they cancel the IPO, I don’t see that they have to extend the cut. If they don’t extend the cut, the market is going down.”

Ian Joel  |  April 29, 2017
Still, taking the per-barrel price to the mid-$60s by the end of the year is entirely feasible, said Dave Pursell, managing director and head of macro research at Tudor, Pickering, Holt & Co. This guy has got to be living in la-la land, he ought to get outside his ivory tower and see what its like in the real world
mark blood  |  April 28, 2017
OPEC is discovering it cannot control the global oil market as it once did. As Margret Thatcher famously said “you cannot buck the market”. OPEC is learning that oil is no longer an exception to this rule.
Loren WILSON  |  April 25, 2017
If the price goes up towards $60, some of the shale operators will not need to drill, they will just open up the shut-in, already drilled assets that were closed down when the price dropped too far, and begin producing again.