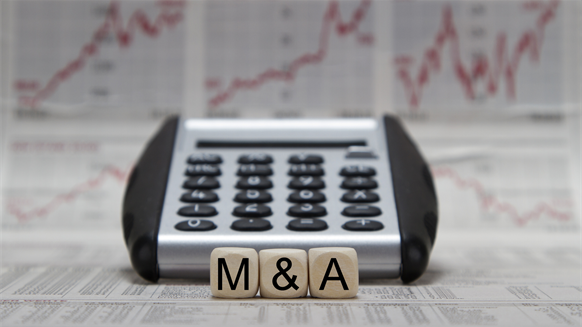 Investors enter 2017 with renewed enthusiasm for oil and gas deals, pushing transaction value 160 percent above last year, but that excitement may be on the wane.

Reassured by Donald Trump’s presidential agenda and the relative stability of oil prices once OPEC and non-OPEC countries settled on oil quotas, investors opened 2017 with a record $73.04 billion deals, according to findings by PwC.

The investment represents a 160 percent increase in mergers and acquisitions (M&A) deal value, year over year, which includes the return of foreign capital in U.S. shale assets. As for deal volume, 53 were announced during the first quarter, up 36 percent year over year.

And yet despite all of this, PwC said there are signals the tide is starting to turn. Commodity prices retreated during the middle of the first quarter and oil and gas equity index declines may have tempered investor exuberance.

“As the quarter progressed, we sensed there was a little bit of pullback as we exited the quarter,” said Doug Meier, PwC’s U.S. oil and gas sector deals leader. “Did seller optimism get a little ahead of the market? Did we have a little too much enthusiasm for the recovery and for what that enthusiasm meant for valuation?”

While the second quarter may reveal a more down to earth investor sentiment, the first quarter eager activity was driven largely by upstream transactions, PwC said. The Permian Basin remains one of the hottest basins around the world; investment there totaled 20 deals – worth $21.36 billion – and hit a new high for the play.

Worth $62.23 billion, 11 megadeals were a key part of the deal value increase during Q1. PwC found that six upstream deals were part of that space and generated $29.30 billion. Year over year, upstream deal value skyrocketed 304 percent during the quarter.

Throughout the energy space, investors are looking toward M&A. During the fourth quarter, oilfield services (OFS) generated 10 M&A deals worth $29.6 billion – marking the sector’s most active period since the end of 2014 unleashed the beginning of the downturn, according to PwC.