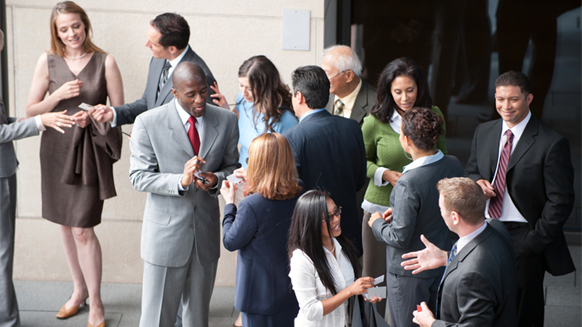 Rigzone's got you covered on how to network during the premier global offshore energy conference.

Houston’s Offshore Technology Conference (OTC) is the quintessential event for oil and gas professionals. And if you’re a new entrant to the industry or attending OTC for the first time, the event can be daunting.

Oil and gas is a people industry and networking is important. So Rigzone tapped six-time OTC attendee Anthony Caridi, who is division manager for QTSI – A Qualitec Company, and is hosting the second annual Reaching Out and Reaching Up: Networking in the Downturn session May 1 during OTC. Caridi shares his advice on how to navigate OTC and network like a pro.

Rigzone: Why is OTC the optimal time for an industry newbie to network? 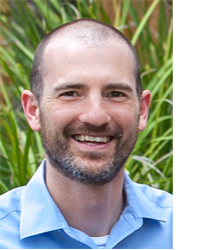 Caridi: Being able to see hands-on what type of equipment they would be working on is important. The first time I attended OTC, I couldn’t believe how amazing a lot of the equipment was. Newbies should see what they’re getting into … and it’s awesome stuff. Also, people from all over the world are there. You will not find as many oil and gas professionals in one place anywhere else – just from a pure volume perspective, it’s awesome.

Rigzone: Who should you target during OTC?

Caridi: In most cases, the people at the booths are application engineers or executives. It’s not necessarily a matter of who you should seek out as it is maximizing the amount of people you talk to in a given period of time. What I’ve seen people do while networking that is a bad idea is after you meet the first or second person you talk to and you both hit it off, you spend the entire time talking to the same person because it’s comfortable. That crushes your percentages. For example, if you talk to one person and they know 10 people, that’s 10 new contacts. If you talk to 100 people and they each know 10 people – it expands very fast. Remember, the idea is to gather the information you need, so when you contact these people later, you can reference OTC. This is not a details game. Networking is a contact sport.

Rigzone: How do you know what to say or start a conversation?

Caridi: Keep it relatively light-hearted, move quickly and develop a 20-second version of yourself – or elevator pitch. If someone asks you about yourself, you should have that pitch ready. If you don’t yet know this, ask your closest friends what they think you’re good at. That’s what you should talk about.

Rigzone: OTC week is full of “invite only” meetups, luncheons and other social mixers which can be key networking opportunities. How can young professionals get their foot in the door at these events?

Caridi: Volunteer. If it’s an event or cause that you believe in or would like to know more about, call and ask how you can help. People rarely get those kinds of calls, so they’ll be thrilled.

Rigzone: How is networking during OTC different than any other event?

Caridi: As a young professional, I would follow up with a phone call and say, “hey, we spoke briefly during OTC …” You don’t have to go into detail, they probably will not remember you due to the high volume of people they will have encountered. You have to use the reciprocity principle as much as possible. Essentially, it’s ‘if I do something for you, your instinct is to want to help me out.’ For example, you can call and say, “we just finished up research on XYZ at my school. Do you think this research would of interest to your company?” And only call companies when it makes sense. If it’s a software company that is looking to hire software engineers and you’re a mechanical engineer, that doesn’t make sense. Your research wouldn’t be valuable to them, so you shouldn’t be calling them. You can still follow up, just not with a phone call.