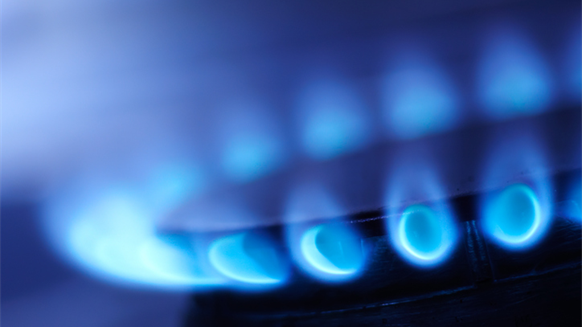 "Think globally, act locally" is a phrase often associated with environmental stewardship. It could also serve as a prescription of sorts for broadening natural gas' role in generating the world's electricity.

"We have not fully tapped the potential of this abundant resource," said Dave McCurdy, president and CEO of the American Gas Association (AGA), a trade group comprising natural gas utilities. "There is additional room for wise and efficient growth of natural gas consumption in today's domestic energy market, including significant potential for demand in residential, commercial, industrial and transportation sectors over the long term."

As this chart from the U.S. Energy Information Administration (EIA) shows, natural gas has become a more prominent fuel for generating electricity in the United States. Utilities are working to expand natural gas' reach even more, according to McCurdy. He explained that 39 states have adopted or are currently considering pipeline expansion proposals to get natural gas to U.S. communities that still lack access.

"Because of its value to customers and our economy, more Americans want natural gas," he said. "We are seeing states recognize the intrinsic economic benefits of natural gas and looking to expand their infrastructure as a way of increasing opportunity, giving more citizens and businesses access to this domestic fuel source."

Utilities are also working to integrate emerging technologies into their businesses models, McCurdy continued. One promising approach is distributed generation – or producing electricity on-site rather than at a central power plant at another location – and combined heat and power (CHP) is a particularly advantageous natural gas-fired option, he said. As the American Council for an Energy Efficient Economy (ACEEE) notes, CHP – also known as "cogeneration" – systems both generate power and channel the heat from that process to other, non-electric uses at the facility.

"Natural gas is the preferred fuel of choice of CHP applications, which generate electricity at costs up to 50 percent less than traditional forms of delivered new baseload electricity and capture useful heat simultaneously to increase the overall efficiency of an energy system," explained McCurdy, adding that CHP applications qualify for renewable electricity credits in many states. "CHP is a proven and cost-effective technology, representing eight percent of electric capacity in the U.S. Projects already exist in all 50 states and significant technical and economic potential remains."

Similar in size to a refrigerator and capable of producing from 25 to 500 kilowatts of energy, a microturbine uses fan blades to compress air or an air-fuel mixture. Electricity and heat are produced when the compressed air or air-fuel mixture undergoes combustion.

Natural gas is the most common fuel used to power microturbines, but the power plants can also run on biogas, associated gas, hydrogen, propane or liquid fuels such as diesel, kerosene and aviation fuel. Moreover, multiple microturbines can be configured in an array to scale up power output.

"We've seen a lot of CHP applications at oil refineries that fit the bill," he continued. "In such applications, the microturbine takes the process steam and produces hot water for various industrial processes. The thermal energy can also be captured and utilized for the reheating of storage tanks or for the pre-heating of boiler feed water."

"If there are heat and power needs, there is a reason to use a microturbine versus a larger gas turbine," he said. "Microturbines in downstream applications are underutilized due to a lack of technology education; however, companies are moving away from the central utility model and looking for smaller-scale alternatives."

Engineers who are configuring and reconfiguring refineries and other downstream facilities should give microturbines serious consideration, Crouse noted. "(T)here are benefits in efficiency gains over grid purchase power and larger onsite cogeneration systems by moving them toward an intra-plant distribution model," he said. "Reciprocating engines and other distributed generation technologies tend to make smaller-scale generation more difficult because of the uptime maintenance costs and reliability issues."

Microturbines can also be a good fit elsewhere, Crouse pointed out. "Any commercial or industrial application with a base electric load and heat requirements that match the output of a microturbine system is a good candidate, including situations where electric grid power isn't available," he said. "Multi-unit residential buildings, hospitals, hotels and manufacturing facilities are other good candidates for CHP. Power resiliency is also very important in such applications."

Small-scale or mini residential gas power plants at individual homes or other buildings or at small electrical cooperatives could serve two purposes, noted Denny Yeung, principal with Black & Veatch Management Consulting. They "would be self-sufficient during electrical outages, but would be used to provide power back to the electric grid during peak hours – similar to distributed energy storage or solar panels," he said. "Continued low and stable natural gas prices would provide incentives for residential homes to consider this solution and sell power back to the grid during periods of high electrical loads."

As McCurdy pointed out, utilities are working to expand gas pipeline networks into new regions to grow the grid. But what if factors such as geography make building pipelines impractical? Develop a hub-and-spoke network of distributed power stations served by regular "milk-run" deliveries of LNG via ships and barges, advised Nicholas Newman, UK-based energy journalist and consultant. Such a "virtual pipeline" of regularly scheduled LNG shipments has been in place in Norway, with communities dotting its extensive coastline, for decades, he said. However, he noted the concept is being deployed elsewhere.

The Philippines and Indonesia, each comprising hundreds of islands and boasting a large population, serve as two prime locales for the proliferation of small-scale hub-and-spoke LNG projects, Newman said. He pointed out that Shell, Total and other operators in the region are advancing small-scale projects in the region. Moreover, he said that an ultra-shallow draft LNG carrier by Philippines-based Atlantic, Gulf & Pacific Co. (AG&P) will be a key driver for executing such projects.

To be sure, another driver will be economics.

"Gas used and potential market expansion is driven by both price of natural gas and the price vis-à-vis alternatives," noted John Hritcko, Jr., Houston-based principal with Williams Park Group, LLC and a midstream, pipeline and LNG specialist. "How long will Henry Hub prices and global oil prices (the latter are tied to LNG prices) remain depressed, and which of those will snap back first?"

New markets for natural gas will bounce back if oil prices rise quicker than Henry Hub prices but will languish if the opposite scenario occurs, Hritcko explained. "LNG exports have been hit hard by global supply of LNG combined with low oil prices," he concluded. "These are uncontrollable factors heavily influencing the development of new uses."