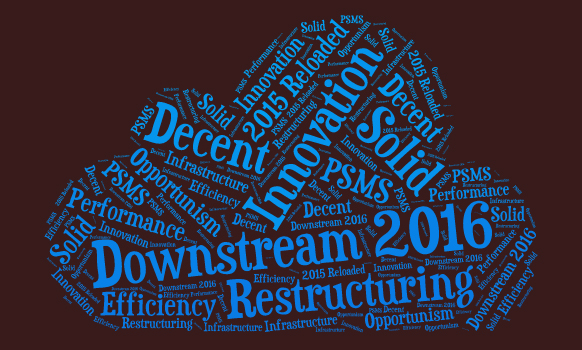 DownstreamToday asks a global panel of experts to consult their proverbial crystal balls for a glimpse into what the New Year holds.

This opinion piece presents the views of the author and sources.
It does not necessarily reflect the views of DownstreamToday.

Aside from an ability to achieve great success in their respective fields, the Danish Nobel Prize-winning physicist Niels Bohr and the legendary U.S. baseball player and manager Yogi Berra may have had little in common. However, both seem to have been on very similar wavelengths when assessing the subject of prediction. According to Bohr, prediction "is very difficult, especially if it's about the future." In a similar vein, Berra observed, 'It's tough to make predictions, especially about the future."

As Bohr and Berra noted, trying to forecast future events is no easy task. Yet numerous media outlets are devoting space these days to offering predictions of what may happen in the New Year. Why? Reading such articles can be a fun – and, dare I say, much-anticipated – annual exercise for readers. Moreover, it can put current industry trends into context and offer educated guesses about the outcomes of these trends.

DownstreamToday is participating in this annual media ritual, but with a twist. I've asked several prominent figures in the refining, petrochemicals, pipeline, LNG and related sectors to summarize their expectations in one word. They subsequently explained their choices in a paragraph or two, but I believe that the string of 11 – actually 12 – key words below provides an interesting outline of what to be on the lookout for in the downstream oil and gas industry in 2016. Some sources even appear to be, like Bohr and Berra, on similar wavelengths. So, without further ado, enjoy our panel of visionaries' outlook for the next 12 months!

The refining and petrochemical industries have a long, proud history of constant innovation to make their processes safer and more efficient. The coming year will prove to be no different, especially in the face of ever more onerous regulation from the Obama administration.

In 2016, Wood Mackenzie forecasts global oil demand growth to remain strong (at 1.3 million barrels per day [bpd]), which is supportive for the refining sector. However, Wood Mackenzie also forecasts crude oil price strengthening in the second half of the year, along with over 700,000 bpd of capacity of refining capacity growth, both of which are challenges to the refining sector performance. Similar to 2015, we expect gasoline to be the key driver of refinery performance in the first half of 2016, but a persistent surplus of middle distillate stocks could weigh on margins.

Middle East additions and Chinese diesel exports will have a negative impact on margins, but this will be countered by robust demand and slowing refinery additions plus closures.

We can expect so much change: corporate mergers and acquisitions, changes in corporate leadership and ownership, refinancing of loans and renegotiations of sales and purchase agreements. There is no way for LNG to survive the next three years without major restructuring across the board.

2015 has been a surprisingly good year for Europe's refiners, with global gasoline demand propping up margins. For some, downstream profits have replaced upstream earnings, while others have invested in efficiency gains, yield and energy improvements and especially availability enhancements – the better to push throughput when times are good. But we think European refiners are wary of a return of overcapacity and a downshift in margins. The risk of oversupply is great today, and while we expect to see some support for margins while strong gasoline demand persists, we also think refiners are readying themselves for another downturn when it comes. In the meantime, we think they will opportunistically push output and adjust their operations to maximize their margins as long as the getting is good.

There will be an abundance of gas in storage in 2016 due to a warmer than average winter, less electricity for power generation needed due to a moderately slowing economy and a reluctance to sell gas into a market where it only can fetch $2.50 or less per million cubic feet. This concurrently could mean an abundance of available pipeline capacity due to less gas being transported and marketed than anticipated.

In 2016, CEPA (Canadian Energy Pipeline Association) and its member companies will continue to focus on pipeline safety and performance. CEPA Integrity First®, an industry-led program that defines, shares and implements leading standards to improve performance, is one example of how we’ll do this. 2016 will also see a continued focus on gaining clarity of processes around environmental performance and regulatory certainty.

Actually, it is two words. From today's point of view we do not expect major changes in the overall oil price scenario, although this seems to be currently driven not only by economics but also by geopolitics. Moreover, in terms of overall GDP growth, 2016 is assumed to produce rates similar to 2015; for example, our in-house experts at Cefic (European Chemical Industry Council) forecast some 1.8 percent GDP growth for the EU in 2016.

EPCs (engineering, procurement and construction contractors), along with refining and chemical owner operators, will be under intensified pressure to reduce capital project costs in 2016. For the first time in a decade, inefficient work processes will come under scrutiny. As painful as it will be to traditional engineering teams, EPCs will increasingly dedicate some of their best talent and minds to using technology tools to break down engineering silos, enable standardized designs and dramatically speed up the estimating and bidding processes in order to remain competitive with Southern European and Asian contractors with significantly lower cost bases.  Additionally, in the next year, new work processes will be more necessary than ever as EPCs struggle to maintain engineering quality with the turnover of the workforce to a newer generation of engineers, as the most seasoned engineers retire and exit the largest global EPCs.

Africa’s economic growth continues despite world economic slowdown, commodities collapse and weakening currencies. However, this growth could be impacted severely if supply chain bottlenecks of aging port and logistic infrastructure are not removed through investments that improve efficiency. West Africa, in particular, needs to find a way to encourage regional solutions not only to its fuel supply logistics but also to product specifications and customs controls.

Matthew V. Veazey is Senior Editor of DownstreamToday and can be reached at mveazey@downstreamtoday.com. His Twitter handle is @The_Mattalyst.