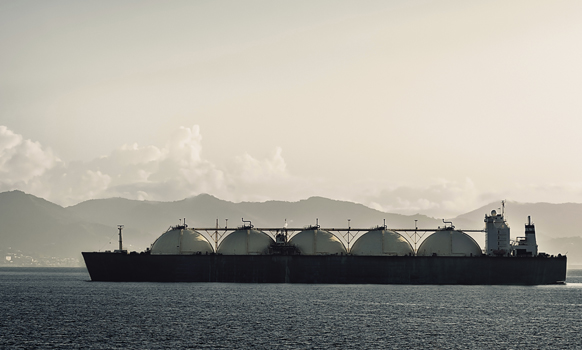 Amid an ongoing liquefied natural gas (LNG) supply glut that is projected to continue into the next decade and slowing demand growth for the super-chilled fuel in the Asia-Pacific region, Singapore-based Pavilion Energy, whose goal is to be one of Asia’s top LNG players, has a new strategy. On September 9, Pavilion CEO Seah Moon Ming said at a LNG summit in Singapore that Pavilion plans to develop small-scale LNG supply solutions for the region and is already in talks with partners such as the Philippines and Indonesia.

Ming said that in the last five years 65 percent of all LNG contracts were signed for volumes below 1 million tonnes per annum (mtpa), while some European terminals have started to offer LNG bunkering, truck loading, re-exports and small-scale services. “Unlike the U.S. or Europe, Southeast Asia has numerous small and remote islands, of which many are permanently inhabited and require power," stated Ming. "It makes sense to use small 10,000 cubic meter vessels, carrying about 0.05 to 0.5 million tonne per annum of LNG, to perform multi-location deliveries.”

Some analysts claim that Southeast Asian demand will contribute more than 30 percent of overall LNG demand in Asia in the next decade. However, overall global LNG demand growth will continue to slow down for the remainder of the decade while new LNG projects continue to be developed. Seven new projects are coming on-stream in Australia, while Cheniere Energy’s Sabine Pass LNG terminal on the Gulf of Mexico is expected to start exports at the start of 2016. Four other LNG projects are already being constructed in the U.S., while Mozambique is also starting to develop its LNG sector. Globally, the market faces 25 mt of LNG oversupply by 2018, according to a new report by Citi Research. The report added that if all the LNG projects being constructed, planned and proposed today came to fruition, the market would face around one-third more capacity than it needs by 2025.

In light of these changing market dynamics, Pavilion seems to have timed its new small-scale LNG strategy well. Also, next year Hong Kong-based Energy World’s (EWC) new LNG receiving terminal in the Philippines is expected to begin commercial operations. Initial capacity for the project will be 4.1 bcm per year, while it will begin operations by securing spot cargoes in the open market. Two other LNG regasification terminals may also be built in the Philippines by Shell and First Gen Corp.

Thailand will also increase its LNG imports. In January 2015, Thai state-owned oil major PTT said that it was planning to more than double its LNG  imports for the year from the previous year, up to 5 mt, partly to help replace potential declines in pipeline imports from Myanmar. PTT is also building a second LNG terminal with a capacity of 5 m per year, with 2017 set as the date of completion. In addition, Indonesia is projected to start importing LNG by 2020. Vietnam also plans to build two LNG receiving terminals by the end of the decade.

However, trying to sell LNG to these smaller markets may not be as easy as anticipated, according to Al Troner, president of Houston-based Asia-Pacific Energy Consulting (APEC). He told Downstream Today that one of the problems with Pavilion’s plan is the economy of scale involved. “As LNG scale gets larger it’s less expensive per unit, and the converse is true, as scale reduces costs increase as well," Troner said. "At least half of the equation in this small scale development is that there is a cost involved."

Pavilion will first have to import the LNG to Singapore, which will include boiling off loss from long distances, Troner explained. Then, once the super-chilled fuel is received there is the cost of regasification and storage, he added. Also, he pointed out that Pavilion will incur another cost when the gas has to be reliquefied and made available for delivery. The trick, he said, is finding the right-sized supply scale for the market.

Troner added that Pavilion will try to break bulk cargoes – with LNG, when you break bulk you lose volume. Another problem with small-scale LNG stems from the use of small vessels with limited regasification capacity. “If you have tiny vessels, what kind of discharge rates do they have?” Troner asked. “You will need many small volume cargoes to make up just one regular cargo of LNG.” Troner also questioned whether Pavilion will have enough frequency of sales to make it feasible.

“It’s an interesting idea, but a lot of logistics have to be worked out first,” Troner said. “Also, who will pick up the additional costs?”

Troner also sees a political motive behind Pavilion’s plans. “Singapore’s motive is to justify commercially what is a political move,” he said. “It’s basically a way of offsetting the threat of being cut off from piped gas from Malaysia and Indonesia. Singapore also wants to be a major player in LNG though they don’t have any production.”

In 2014, Singapore received 65 percent of its piped gas from Indonesia and 15 percent from Malaysia. However, Indonesia is projected to become a natural gas importer by the end of the decade amid its growing energy consumption. Malaysia is also experiencing an increase in gas consumption and might have to import gas to meet its own demand.

Troner added that, from a purely profit standpoint, it’s too early to tell if Pavilion’s plan will work.